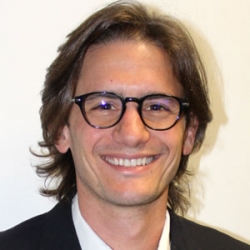 Sergio Brodsky
Principal at SURGE
Sérgio Brodsky (L.LM, MBA) is the Principal at strategic communications consultancy SURGE, a Marketing lecturer at RMIT and columnist and Editorial Board Advisor at Marketing Magazine, He is also a scholar of the prestigious The Marketing Academy and Chairman of its Alumni program. Sérgio began his career as an IP lawyer and progressed as a high-tech military consultant before pivoting towards brand strategy, media and innovation, internationally. Follow him on twitter @brandKzar and for more, go to www.sergio-brodsky.com

Information provided to the public, from the government, should be informative and unbiased, and not political propaganda in disguise. The recent bushfire campaign fiasco, from former Marketer and current Australia Prime Minister Scott Morison is a prime and current example of that. Yet, the issue is not new, and governments keep doing it. Naming and shaming, may at times be effective, like Toronto’s Auditor General press release openly accusing the government from using public funds for self-promotion. Still, governments’ abuse persists and that is mainly because they can and don’t care.

Such exploitation of power often discounts us, the people. A study conducted by two professors from Yale University and George Washington University revealed that an overwhelming majority of politicians were uninterested in learning about their constituents’ views. Perhaps more worrisome, however, was that when those politicians who did view the data were surveyed afterward, they were no better at understanding what their constituents wanted than those who had not looked at the data. For most politicians, voters’ views seemed almost irrelevant.

Unfortunately, this sort of malpractice has a huge cost. For the sake of perspective, let’s look at some local numbers. According to the Department of Finance, the Australian Government’s total advertising spend for the 2017–18 financial year amounted to $157 million. This is more than any company in the private sector, as reported on Nielsen’s Ad Intel, Financial Year 2019, where Harvey Norman tops the list with 151.6 million, followed by Wesfarmers Limited with $132.5 million and Woolworths Limited with $118.8 million.

Yet, where private sector advertisers can drive revenues and profitability under the accounts of their respective balance sheets, is the public sector effectively contributing to the betterment of society through advertising and overall communications efforts? Not quite. Our former PM Malcolm Turnbull spent $28 million of taxpayer contributions on the campaign for his Ideas Boom grand vision. Yet, rather than a boom, it’s been more of an economic burst, with no-growth projections since then.

It is true that Governments have the largest audiences to serve within their populations, hence the heavy spending. But also, the idea that advertising and communications by-and-large can change behavior through simple exposure, has certainly helped justify all that spend.

For example, in April 2016,  a $30m taxpayer-funded campaign was launched by former minister for women, Kelly O’Dwyer with its opening phase geared to shifting attitudes and behavior among men and boys.

The Morrison government said phase one of the campaign had resonated with the public, with the material viewed more than 43m times online and that more than two-thirds of adults who saw the campaign took action and people started to adjust some of their deeply held attitudes.

However, the Coalition pledged an extra $328m to counter domestic violence. The issue is genuine, and action is required, but how effective was the communications side of the spend if an incremental ten-fold was then required?

On the other hand, when Vodafone decided to step up and deploy a campaign about domestic violence against women, there was no extra pledge from any government or Vodafone itself, simply because the campaign worked.

In Turkey, 38 percent of women reported having been attacked by a family member, according to a Ministry of Family and Social Policy study. What’s more, is that 89 percent of women who have been subjected to such violence never told authorities about it or pressed charges. To give women the courage to speak up about their attackers, and seek out help, mobile company Vodafone Turkey released the “Red Light” app in 2015. The app is innovative and effective in that users can discreetly report an incident.

All users have to do is shake their phones to activate the app, which connects them to police, hotlines and ambulance services without their assailants knowing. More than 240,000 women have downloaded the app after its first year, with sustained momentum from an average of five thousand daily downloads after the campaign ended. The app was free to download and its development and supporting campaigning had a cost that would represent a fraction of O’Dwyer’s original campaign.

Even traditional media channels, like outdoor media, can be more effectively used and deliver a public utility service. That was the case of Indian energy company Halonix that deployed LED billboards that lit up at night to make the streets safer for women. And, from an ROI perspective, the campaign had a massive jump on unprompted awareness from 20% to 70% and had another seven cities requesting the campaign to be rolled out to them, countering the vastly predominant ad-avoidance behavior.

And, the hole gets deeper. When communications fail to drive change, in most cases, governments will resort to behavioral taxation tactics. In Australia, in 2012, the federal government raised more than AUD$ 10 billion from alcohol and tobacco taxes and for over five years now has been enforcing strict lockout laws on Sydney’s hospitality venues and general alcohol consumption.

Although violence has decreased by 40%, there is no evidence proving people are drinking less. However, a study from Dr Mikayla Novak from Australia’s Institute of Public Affairs, provides evidence that besides removing citizens’ autonomy, behavioral taxes rarely achieve their goals (i.e. making people drink less) but they change behavior in unpredictable ways, encourage black market activities, disproportionately affect the poor and hurt small businesses; with the Sydney lockout laws being a perfect example of this.

Like private companies, government and political parties also work with specialized media and communications agencies for the craft and placement of their campaigns, with even fatter budgets. But when the intention is self-serving and not on behalf of their audiences, campaigns will often flop. As visionary R. Buckminster Fuller said: “You never change things by fighting the existing reality. To change something, build a new model that makes the existing model obsolete.” It’s time to change the taxpayer-funded advertising model.