Can artificial intelligence be taught to become creative without guidance from humans? Will it ever truly understand art and beauty, or will it always just mimic the experts? These were just some of the possibilities discussed as part of the Intersection of Creativity and Artificial Intelligence panel at Advertising Week Europe today. Tackling the hottest topic in advertising at the moment, a distinguished panel of award-winning creatives and some of the brightest minds in AI and marketing came together to offer their answers to the million dollar question — what is the role of artificial intelligence in relation to creativity and the future of advertising?

Can AI give us a better understanding of creativity?

If the definition of ‘creativity’ is the ability to have entirely original thought then, according to Daniel Bonner of Wunderman, the answer is a straight out ‘no’. “It cannot give us a greater understanding of creativity, but it can help us be creative in ways we’ve never been able to conceive of before. AI can provide any industry with a competitive advantage over those who are less creative. I don’t think we need more of an understanding of creativity as humans, but there are ways AI can help us get to that creativity more efficiently and more effectively.” According to Verizon Media’s self-proclaimed digital prophet, David ‘Shingy’ Shing, AI’s role should be more focused on redefining creativity, rather than developing it from scratch. “The internet needs to be punked and creativity has to be punked,” he offered. “I hope AI will filter all the crap that is homogenised right now. We need to continue to invent punk because we can’t just listen to rock ’n’ roll the whole time. 250 fonts don’t make you a better designer, you still need taste and creativity which is a human thing.”

Creativity doesn’t necessarily involve the best solution, but rather a different or unexpected one – can we adapt AI to develop this kind of solution instead?

“You can align ‘best’ and ‘different’, it can be both,” stated Debbie Vavangas, IX Leader UK & Ireland, IBM iX. “AI I can help you to do the analysis and draw out your main point. The world is sick of advertising. I don’t want to be getting advertising about nappies anymore, my son is now 10, yet I still get emails from Sainsbury’s asking if I want discounts on nappies. That’s a really long way off being creative, but AI can help with stuff like that. The Lexus commercial which makes you feel something and connects you to the brand through the entire experience — that is something that lasts. But we’re a long way from AI doing that.” Milka Kramer, Sales Director at Bing UK added, “When it comes to the ethics of AI, how do you train artificial intelligence to have the kind of values to create what a human would consider a good outcome? ‘Unexpected’ and ‘best’ don’t necessarily mean the same thing.” 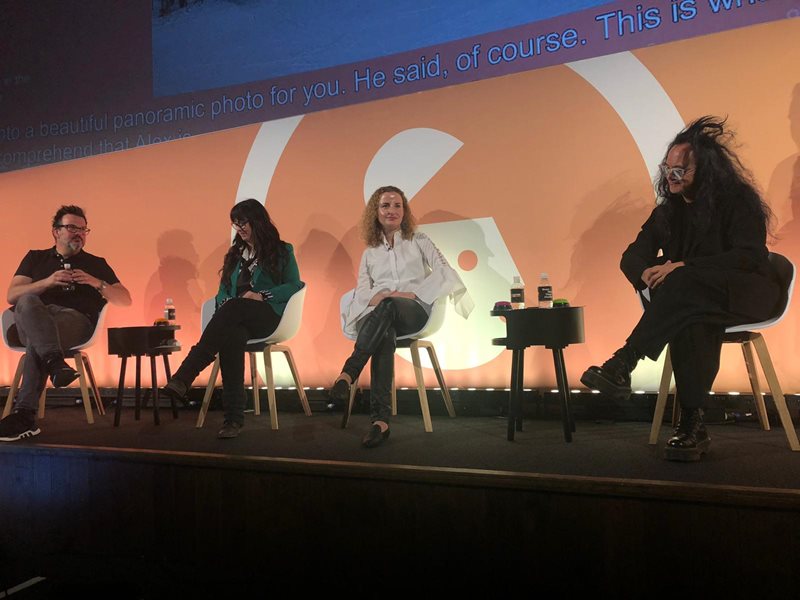 What kinds of new data points could we see thanks to AI and is there a ‘god particle metric’ for advertising?

“In 2016, Cannes Lions Festival opened up their 25-year-old archive and we did an audit of 400,000 entries,” said Daniel Bonner. “We looked at the roles of the people in the credits, the brands, and so on. There’s a myth that the biggest brands with lots of money win the most awards, but we cross-referenced the GDP of that time period and found that 70 percent of the winners were from countries that didn’t feature in the top 10 GDP. So in this case, analysis and patterns can dispel a myth. Apply that to other areas of our lives and society, and we start to see patterns that we never previously were able to even imagine. However, the data inputs used to educate the AI are historic, so we’re only ever looking back at the past. That means that creative solutions are coming from mimicking. We’re in a position where our prediction is going to be based on the last 25 years because it’s fed by the past. AI is then more of a reporting mechanism which doesn’t necessarily learn the good stuff because of what it’s being fed.”

Referring to J. Walter Thompson’s use of data to teach a computer to paint like Rembrandt, Bonner claimed that, for all its brilliance, the AI-created artwork actually wasn’t original at all. “As an experiment or exercise, it was beautifully done and it was a great way to demonstrate the power of fooling people into believing something was done in the past… But you didn’t get the credibility and authenticity of Rembrandt’s arm, his fingers, his brush and his paint. It didn’t really take his natural capabilities to move the artwork into a new dimension — it just took what was done before. But I think it allows us to make things in one day that may have taken one year.” While ‘The Next Rembrandt’ won awards at Cannes, Shingy used the music industry’s adoption of AI as a negative example of where the technology still needed a lot of work. “For me, anything that AI sh*ts the bed with is music. AI-generated music always sounds too EDN and to polished. You can really hear it. It sounds like it’s done by an AI.”