The cannabis industry is booming in the United States, and marketers are anxious to get in on the action. However, uncertainty over the conflicts between federal and state law and the complex regulatory landscape makes it challenging for advertisers, brands, publishers, agencies, and others in the media ecosystem to navigate the terrain. While marijuana remains illegal in the United States at the federal level, the legalization of marijuana in some form in 33 states and the descheduling of hemp under the 2018 Farm Bill have led to a proliferation of legal marijuana and cannabidiol (CBD) products. However, the patchwork of state laws regulating legal marijuana products and federal rules covering CBD has led to complications for companies attempting to take advantage of this burgeoning market.

The Controlled Substances Act (CSA) categorizes marijuana as a Schedule I drug, which is the most tightly restricted category, reserved for drugs that have “no currently accepted medical use and a high potential for abuse.” As a Schedule I drug, the use, possession, manufacture, importation or distribution of marijuana is federally illegal in the United States. Despite marijuana being scheduled in the same category as LSD, heroin, ecstasy and peyote, the federal government’s approach to marijuana production, possession and use are comparatively relaxed.

A federal budget rider known as the Joyce Amendment, which has been extended through September 2020, prohibits the use of funds allocated to the Department of Justice for purposes of preventing states from “implementing their state laws that authorize the use, distribution, possession or cultivation of medical marijuana.” In essence, this Amendment means that federal enforcement of the CSA in connection with medical marijuana is unlikely in states where medical (not recreational) marijuana is legal.

Additionally, in late 2018, Congress removed hemp from the list of controlled substances regulated under the Controlled Substances Act, effectively legalizing CBD derived from hemp, which is cannabis with less than 0.3% tetrahydrocannabinol (THC). However, the Federal Trade Commission and Food and Drug Administration issued numerous joint warning letters to CBD manufacturers, reinforcing the critical point that, just because the product is newly legalized does not mean that advertising for products can contain unsubstantiated or deceptive claims about its benefits or medicinal properties. Additionally, though the use of CBD in foods, beverages, and dietary supplements remains illegal, the FDA indicated it is open to issuing regulations to allow the use of CBD in such products, depending on the information it receives from the industry.

Despite the federal government’s approach to marijuana and CBD, states take a wide array of approaches to marijuana and hemp production and use. Certain states have legalized marijuana broadly – for recreational and medicinal use. Other states have only legalized marijuana use for medicinal purposes, and sometimes only for certain types of medical conditions. Other states have legalized CBD only, generally mirroring the 2018 Farm Bill’s categorization of hemp-based CBD. In some states, marijuana use is not legal but decriminalized, decreasing the potential liability for use, possession, and production, leaving the possibility of civil liability nonetheless. Lastly, some states have not addressed these topics at all, meaning marijuana and/or CBD is fully illegal.

In 2020, it is expected that over ten states will attempt to legalize or expand the legalization of cannabis for adult use, which will further complicate the patchwork of relevant laws. In addition, existing state regulations will evolve further, as the three last holdout states are likely to legalize CBD, and several others will issue statutorily required regulations governing its production, sale, and advertising. At the federal level, Congress is not expected to take any meaningful efforts to introduce legislation that would create a harmonized set of rules for the industry this year, so companies will have to continue adapting to rapidly changing state regulations.

In the meantime, members of the advertising industry who work in this field must learn to carefully navigate the myriad state laws, inherent conflicting laws and industry best practices.

On Wednesday, March 18, Davis & Gilbert attorneys Gary Kibel and Rohini Gokhale will explore the nuances, changes in policies and limitations in cannabis and CBD advertising with Eric Meth, the Founder & CEO of Good Harvest Co., a cannabis audience data company. To RSVP to the next Counsel 2U®: Marketing and Advertising seminar, “Guiding You through the Weeds: Hot Topics in CBD and Cannabis Advertising,” simply click here. 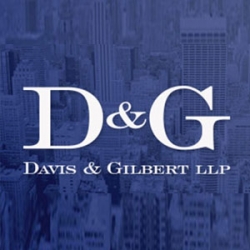 Latest posts by Davis and Gilbert (see all)