When the underdog Washington Nationals won the World Series, the baseball champs were feted to a time-honored tradition of civic pride:  a parade ride on open-top tour buses.

The Nationals’ parade united a partisan capital city on November 2, a sunny day with thousands lining the route. 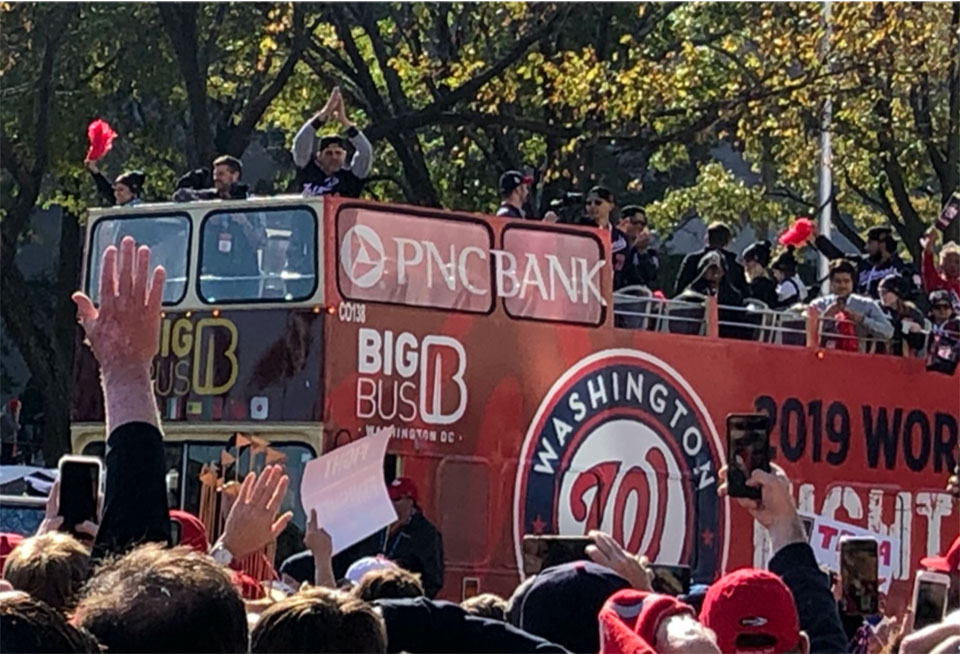 Tourism – the fourth-largest job sector in New York City — is part of New York’s extended economic boom. Twenty years ago, some 33 million tourists came to New York City annually. In 2017, the city hit a record high of 62.8 million, said a report from the Center for an Urban Future.

Nike and Nissan were featured on this tour bus with the victorious Manchester City team in the UK. 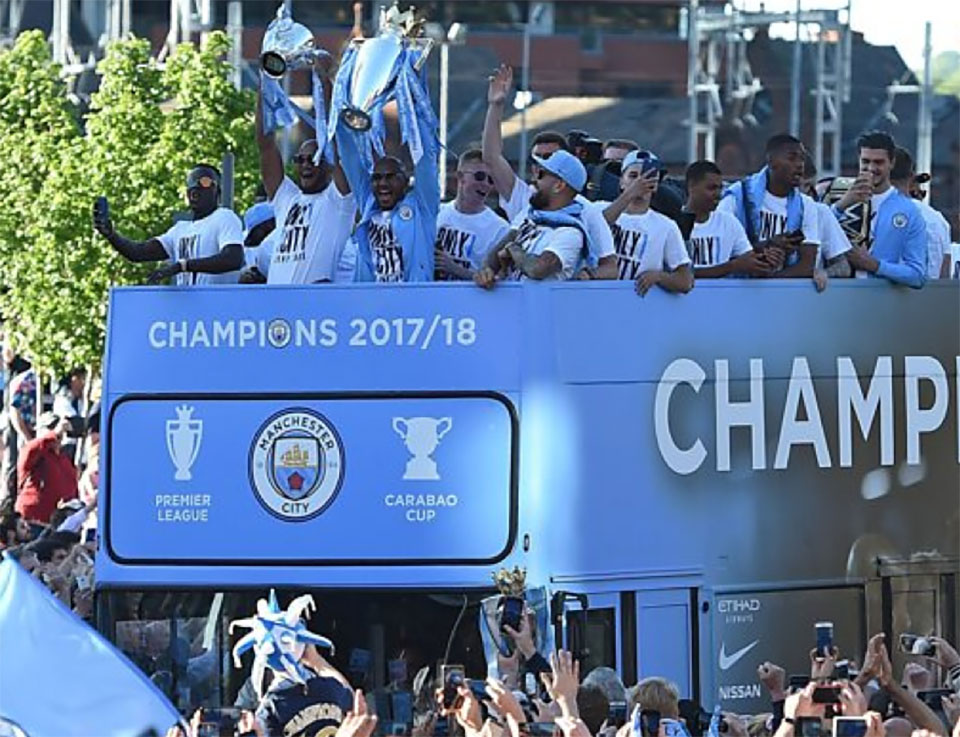 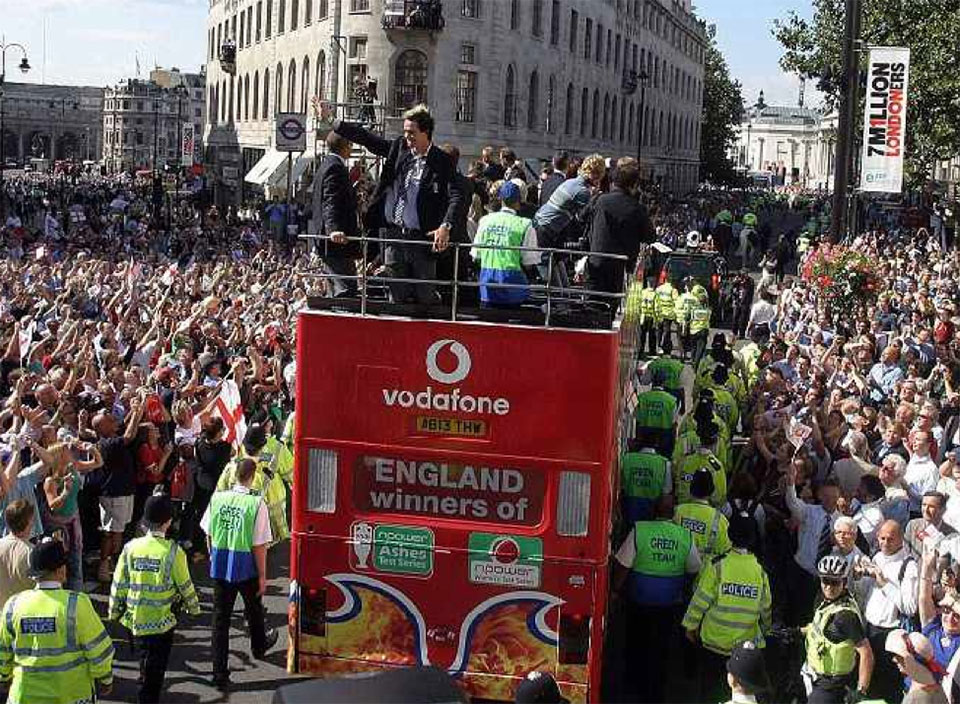 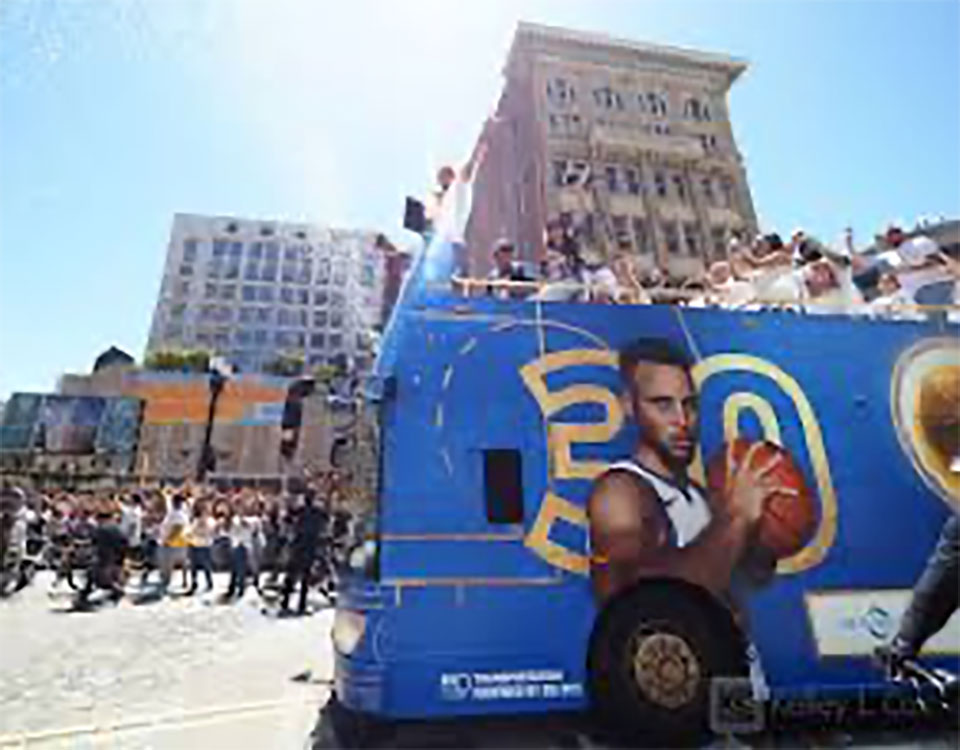 The Clorox logo accompanied an image of basketball star Steph Curry (#30) to celebrate the Warriors as NBA champions in 2018. 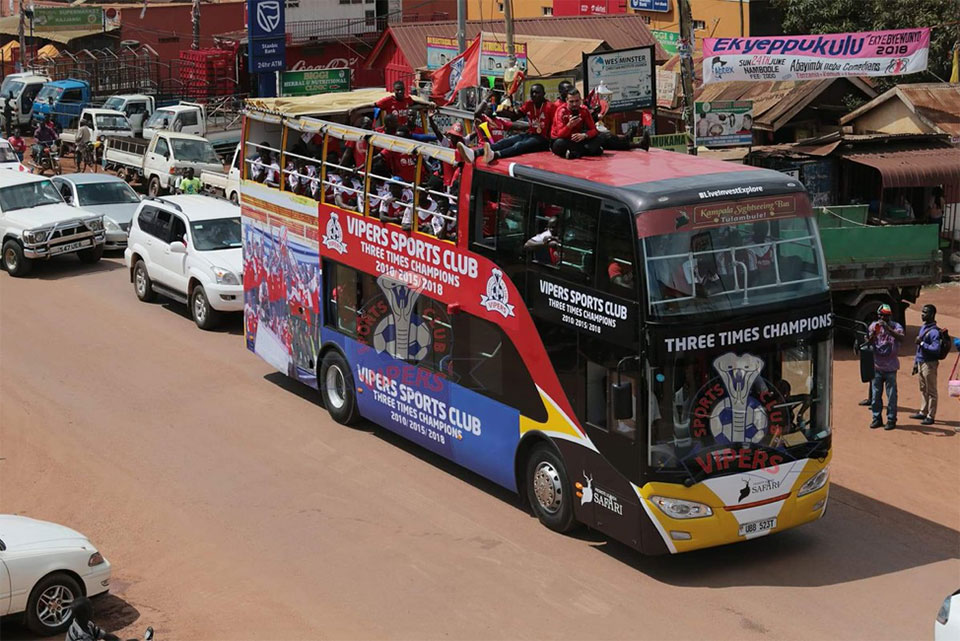