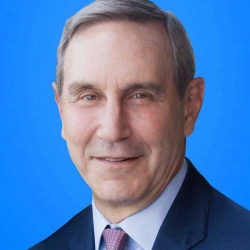 Richard Edelman
CEO at Edelman
Richard Winston Edelman is the President & Chief Executive Officer of the public relations company Edelman, a position he has held since September 1996.

In the wake of the brutal killings of George Floyd, Ahmaud Arbery, Breonna Taylor, among countless other Black Americans, and the subsequent protests across the country, we have conducted an Edelman Trust Barometer flash poll over the June 5-7 weekend, surveying 2,000, diverse respondents across America. The results are unequivocal: Americans want brands to step up and play a central role in addressing systemic racism. This is a mandate for brands to act, because consumers will exercise brand democracy with their wallets. In the past, CEOs have spoken out on societal issues on behalf of corporate America; today, the CMO and CCO must join them as stewards of brand action.

Here are the important findings of this special report:

This is a deeply important study. We have proven that brands can no longer dodge America’s original sin and third rail: systemic racism and inequality. Edelman is no exception: We know we need to do more to promote diversity and inclusion within our own ranks, and to work with others to build a just society, and we have committed to concrete actions to achieve those goals. The voice of the brand connects in a different way than corporations and CEOs; it inspires, motivates, and offers hope. It is powerful in making change because it stirs emotions and provokes response. The relationship of trust between brand and consumer now depends on tangible actions destined to change the course of history. Nelson Mandela was right in saying, “It always seems impossible until it’s done.” Brands, this is indeed your time to lead.