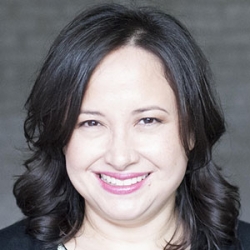 In recent years, advertisers and platforms have poured tremendous effort into ensuring their ads do not appear alongside unsafe content that might cast a brand in an unfavorable light. However, at the same time, many have failed to question whether the environments in which their ads are running are not only safe but also relevant.

What’s becoming increasingly obvious in the modern marketing landscape, thanks to a growing body of research, is that safety by itself is not enough. When it comes to driving favorable brand perceptions, relevance matters. This conclusion was underscored by a recent OpenSlate study, conducted by MediaScience, on the effects of the content environment on online ads. Here’s what we learned.

It’s Not About Attention. It’s About the Right Attention

For our study, we looked at people’s reactions to ads across three verticals—beauty, video games, and comedy—to see whether the relevance (i.e., alignment) of the content around which they appeared affected people’s ad attention, brand attitudes and purchase intent. Leveraging both biometric and attitudinal measures, the study found that while ads appearing next to unaligned content received the same level of cognitive attention as ads appearing near aligned content, ads were rated as less liked, less relevant, less engaging and more intrusive when they were paired with unaligned content. In other words: Ads next to unrelated content get attention—but not the kind that brands want.

These findings are particularly important as we enter a new era in online advertising—one where context is prioritized over the audience as a primary means of targeting. As an increasing number of digital environments shift to a cookieless reality, and as a growing list of privacy regulations limit the way in which companies can collect and leverage user data, marketers are going to be giving more consideration than ever to the importance of environment when it comes to their media buys.

Many brands have become accustomed to identifying audiences of interest (based on a website visit, search or some other desirable behavior) and then retargeting them—and people who look like them—across the internet, regardless of where they venture. While this approach has historically produced strong numbers from a reach and frequency standpoint, it’s also been the source of a good deal of wasted impressions—and even downright undesirable reactions among users.

The simple fact is that finding the right person online isn’t enough. The context in which you find them is important, and finding the right environment for your ads requires more than basic screening for brand safety. In this regard, it’s time for advertisers to return to content fundamentals that have been well-understood since the days of traditional media: If you want to drive the most favorable results when it comes to brand perception and purchase intent, you have to consider the content environment.

Now more than ever, as marketers are tasked to stretch smaller budgets even further in a down economy, they need every online media dollar to be working as hard as it can. When all things are equal, running ads around high-quality, relevant content will produce the most powerful results for a brand. After all, it’s not just about getting attention with your digital ads. It’s about getting the kind of attention that translates to real business results.