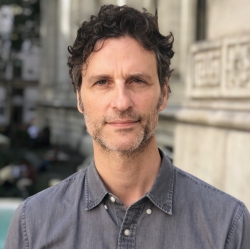 With a new episode every couple of weeks, The Sonic Truth Podcast Series, a co-production of AW360 and Veritonic, explores the monumental shift to audio from a unique angle. In addition to featuring the stories and perspectives of media leaders, the series examines new data generated from research on how and why audio truly moves people.

Hitting on everything from voices in ads to sonic branding, the series will entertain, educate, and help businesses think about a sonic path forward.

Episode 4 – Audio Marketing, I Don’t Love You Just The Way You Are

Listen to an audio ad — on the radio, a digital audio platform — wherever. The voiceover you hear is, almost 75% of the time, spoken by a man.

Whether that reality is based on some long-held misconception that the male voice carries more gravitas or is more convincing — or it’s simply “just the way things have always been done”– that is, in fact, the reality. Female voices have been conspicuously underrepresented in audio marketing.

“The enemy of ‘that’s just the way things are done,’ is data,” states Veritonic CEO Scott Simonelli in conversation with Cumulus Media’s SVP of Corporate marketing, Suzy Schultz. Happily, diligent analysis of audio effectiveness is now producing a lot of hard data that is demonstrating just how irresponsible ignoring the evidence can be.

The fact of the matter is — as we’ve seen across numerous partner studies — female voices test, in many circumstances, better than male voices. Examine the issue from the economic side and you realize that this is about much more than simply making up for unfair practices:

“Women impact 90% of purchases, for vacations, homes, medication, home — they have major purchasing power,” states Suzy. “And data tells us that people actually prefer female voiceovers. So you are actively leaving money on the table if you aren’t engaging these women.”

In our previous episode of The Sonic Truth, we talked to Neil Shah from Smirnoff about their amazing “Equalizer” program to foster inclusion and get more female voices heard (and paid) on Spotify. In this episode, we hear directly from female executives themselves — MDC Media’s CTO Stella Voutsina, in addition to Suzy from Cumulus — on their own experiences in a market that accepted “that’s just the way things are done” for much too long…to everyone’s detriment.

Suzy also walks us through the extensive testing they’ve done that proves — whether it intended to or not — just how much the incorporation of more female voices could drive the ad market.