Higher education faces a classic business dilemma: too much capacity, not enough customers. Intense competition for enrollment – classroom and online – is aimed at two core audiences:  teens and their parents. College marketers are using out of home (OOH) ads to reach both.

Nationwide, higher-ed ad spending on OOH was up 10 percent in 2018, according to Kantar tracking data.

In northeast Ohio’s Cleveland-Akron-Canton markets, at least 20 colleges and universities advertise on billboards, transit, wall signs, and at airports. Myriad local schools compete with out-of-market institutions such as Bowling Green State University, which is 100+ miles from Cleveland. 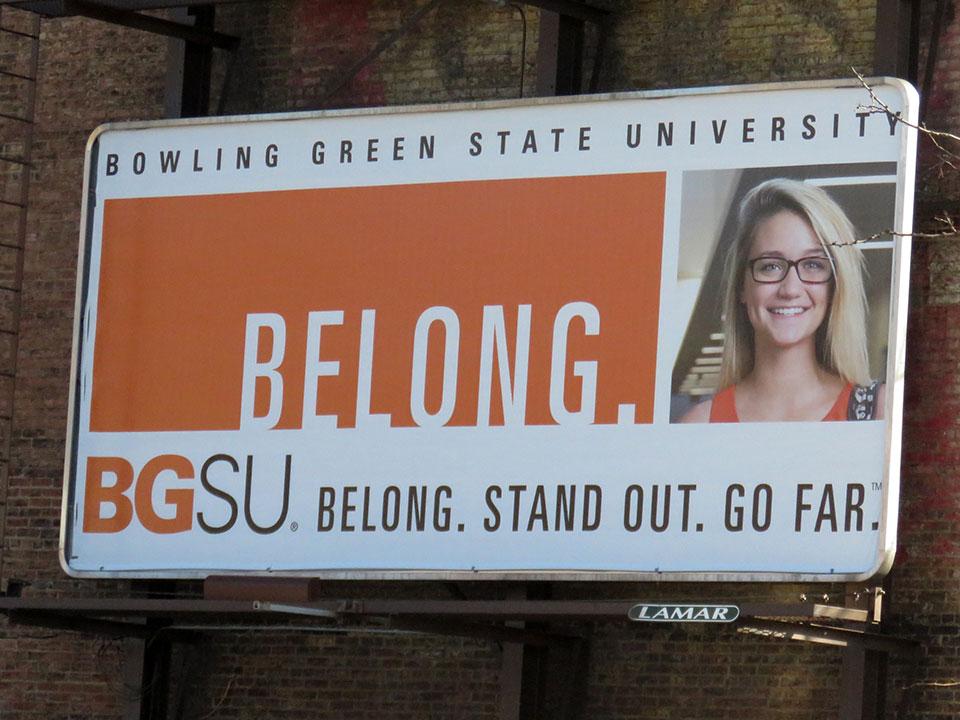 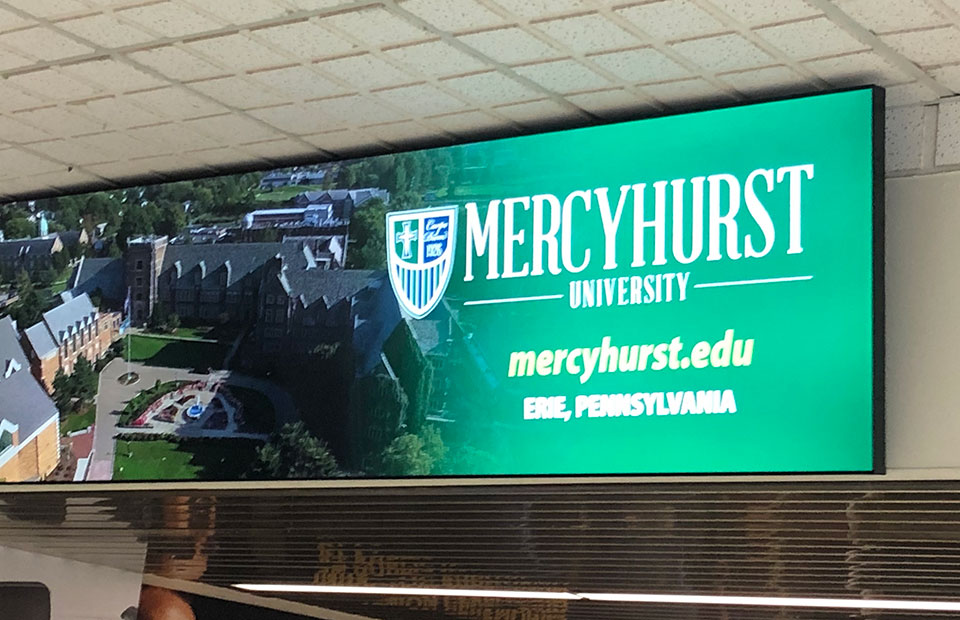 Airport ad in Cleveland for Mercyhurst in Erie, PA 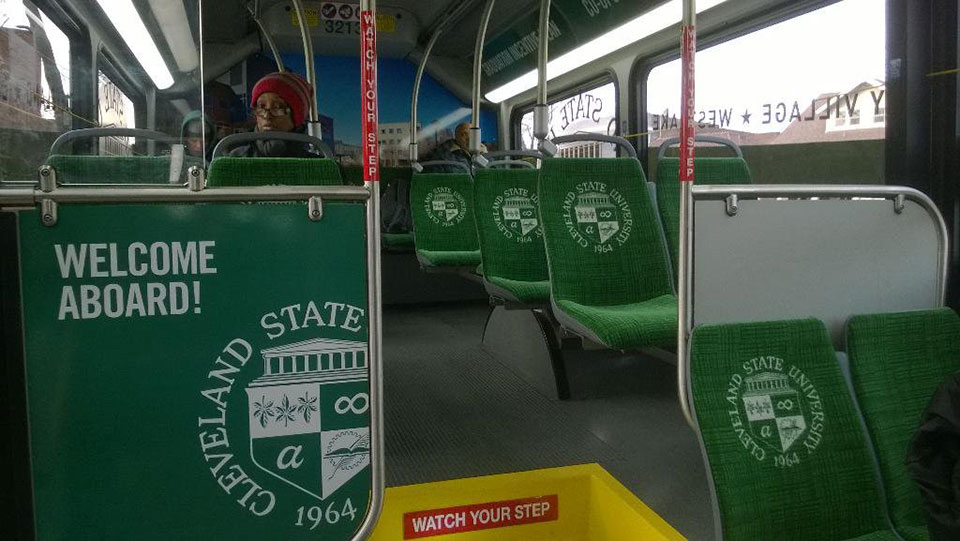 “Traditional colleges, technical schools, and online universities work strategically to get in front of applicants and compete for tuition dollars,” says Tim Gerity of Lamar Advertising Company-Cleveland. “These advertisers use OOH to get in front of on-the-go parents and students who are missed by other media.”

Experts say elite colleges and universities will continue to have plenty of applicants. But regional bachelor’s institutions are expected to lose 11 percent-plus of their students by 2029, according to research by Carleton College professor Nathan Grawe. 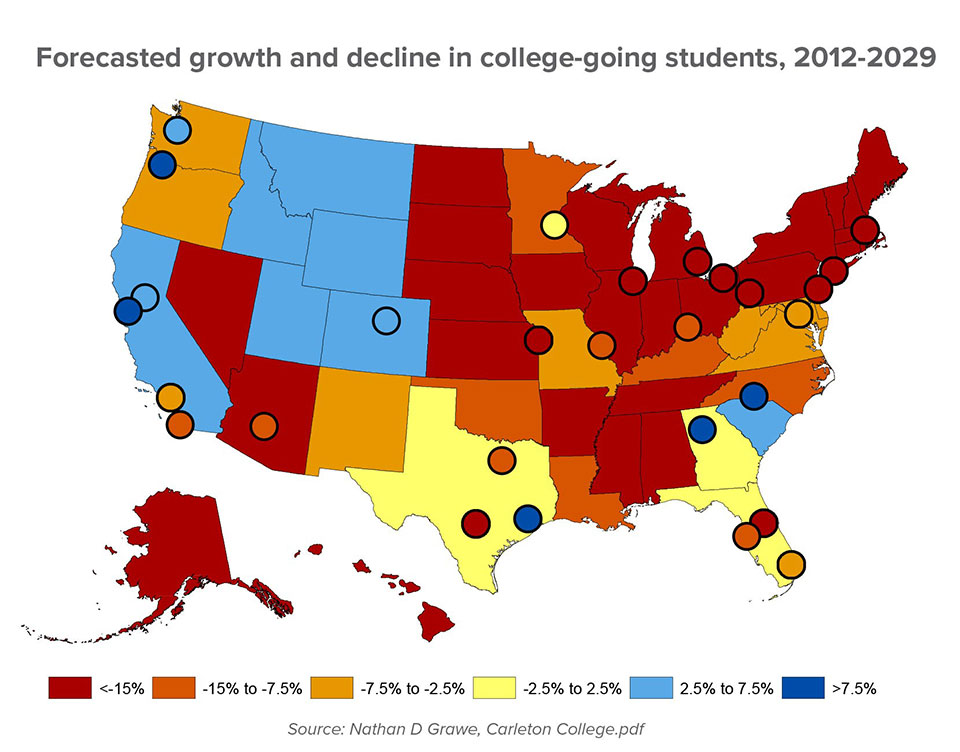 The nation’s two-year colleges are facing a potential 13 percent decline in demand from the 2012 baseline, and those in the hardest-hit census sub-region, the East South Central (Alabama, Kentucky, Mississippi and Tennessee), face a 29 percent decline. 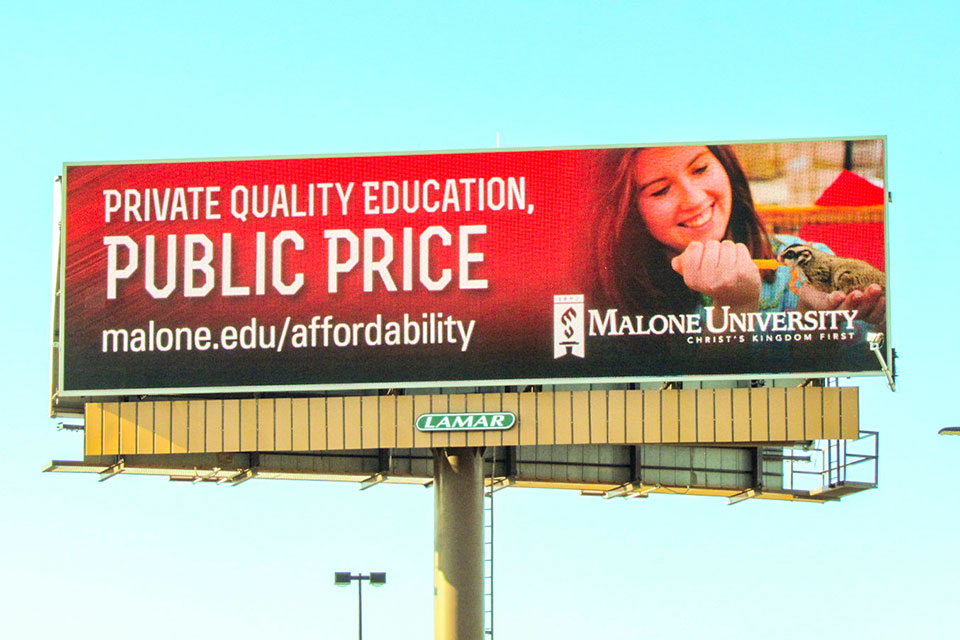 Like other competitive sectors in the marketplace, colleges and universities sometimes pitch price comparisons. 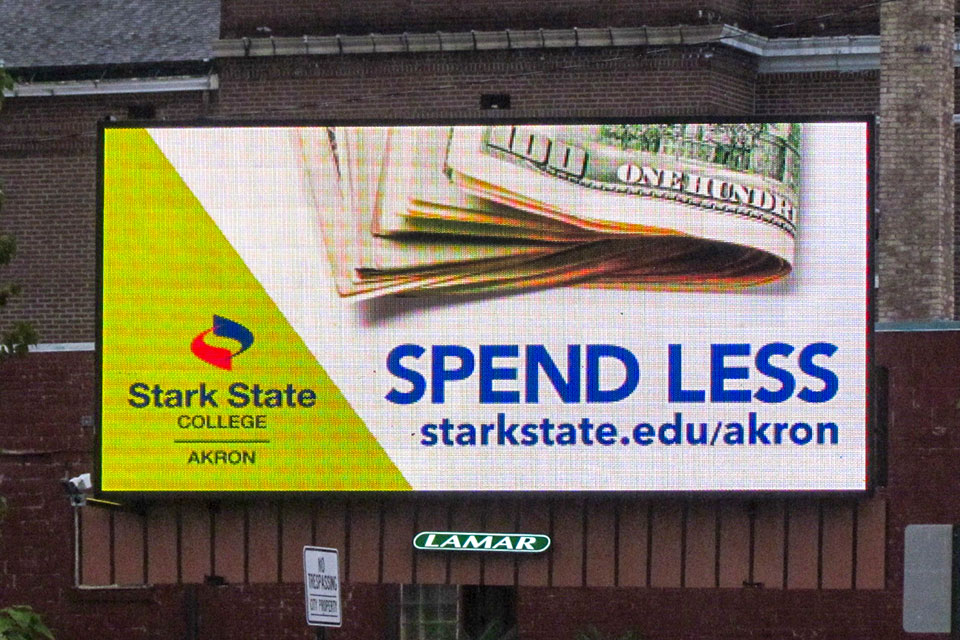