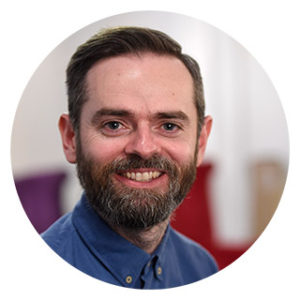 Set Creative is an experiential marketing agency that serves clients like Vans, LEGO, and WPP. We sat down with their COO, Alan Doyle, to discuss the present and future of the experiential industry: from live events to pop-ups, and everything in-between.

Q: Tell us a little bit about yourself and the work that you do with Set Creative?

I’m Set Creative’s COO, and I’ve been with the company a little over three years now. Set Creative is an experience agency; we’re experts in pop-ups, live events and brand activations. We do a mixture of B2B experiences and B2C experiences for clients including Google, LEGO, Vans, Estée Lauder and Wall Street Journal. We see ourselves as experts in any kind of physical interaction between a brand and the audience that the brand wants to communicate with, and we’ve been doing for more than a decade now.

Q: What lead you to work in experiential and with Set Creative?

So, I have been working in events and experiences my whole career, I’m one of those people who chose this as a profession a long time ago now, and I grew up in the industry as a producer, so I’m the kind of person who’s had a whole responsibility for delivering a project.

One of my clients many years ago was one of the agencies that went on to become Set Creative back in London. So, as a freelancer I had to deliver projects for them along with others in the business. Going back, just over three years ago, they called me and asked me to head up one of their new divisions in New York. 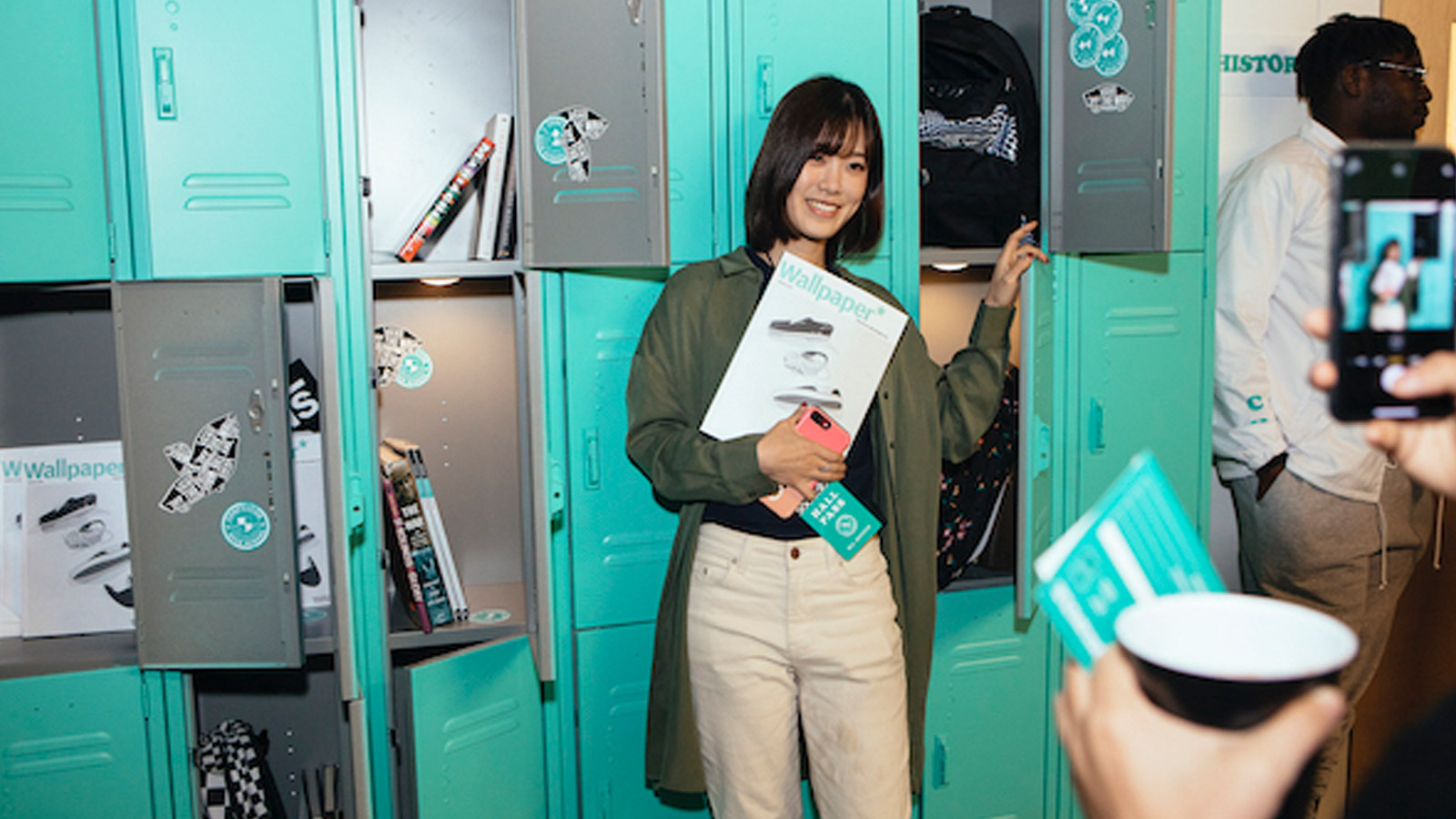 Q: How do you feel about the state of experiential marketing now? And where is it headed?

I feel great about it. I say that I wish I could say I was a visionary and that I could have predicted the boom of experiential marketing 10 or 15 years ago, but I didn’t. I chose this career and then it became one that exploded. But for me, the industry is only going to continue to grow. It’s a very interesting time for the industry because in the past we have suffered from what I call an immaturity of the industry. We did not have a great deal of longevity as a legitimate marketing channel particularly in the B2C space, we’ve struggled to compete with other channels, but since the dawn of social media, the ability for experiential communication to reach a very wide audience has grown enormously, so you can amplify the experiences that take place.

I think in coming along in partnership with that as brands have invested more in experiential because they can achieve social reach with what we do and there’s a growing appreciation for the depth of interaction that experiences offer as opposed to other channels, which means that brands realize that you can actually have a more profound effect on your audience through a live interaction versus some more traditional means.

So, from my perspective, I can see that growth continuing, and we see certainly some brands that I would describe more progressive in this space, really investing heavily in those reasons I talked about and having this lightbulb moment where they realize the investment they’ve put into experiential can have quite a profound return compared to how they’ve been spending their marketing dollars previous to that so I think we are only going to see that continue be a small number of really progressive brands going big into experiential. I think others will follow as a consequence.

Q: Set Creative built a fictitious brand to prove the effectiveness of experiential. How did that come about? What has the response to that been?

We recognize the value in trying to get measurement, which can stand up alongside our competitors and other marketing channels. We believed in it, and we’ve had the opportunity to measure the work that we’ve done on behalf of our clients who are a bit more engaged with measurement. We felt like there was value in trying to create something independent of the client, and independent of the brand so that it can stand up as a story in its own right. So you could tell a generic story to new business prospects and particularly to those brands that aren’t yet heavily invested in experiential. That’s kind of the notion of how that came about because we believe so much in what we want to do, we wanted to promote that concept a little bit more but promote it with some hard data as opposed to anecdotal evidence, so that’s where the premise came from. The response to that has been fantastic.

It’s interesting because we have and because we are in a transition in the industry, you have those clients who are perhaps already aware of the power of experiential and saying to us, “thank you for doing this because it really validates what we believe in and are supportive of it” and then right through on the spectrum on those that haven’t invested heavily in experiential saying, “this has made me rethink how I’m spending my marketing budget.” We’ve got a lot of pretty positive responses to it. 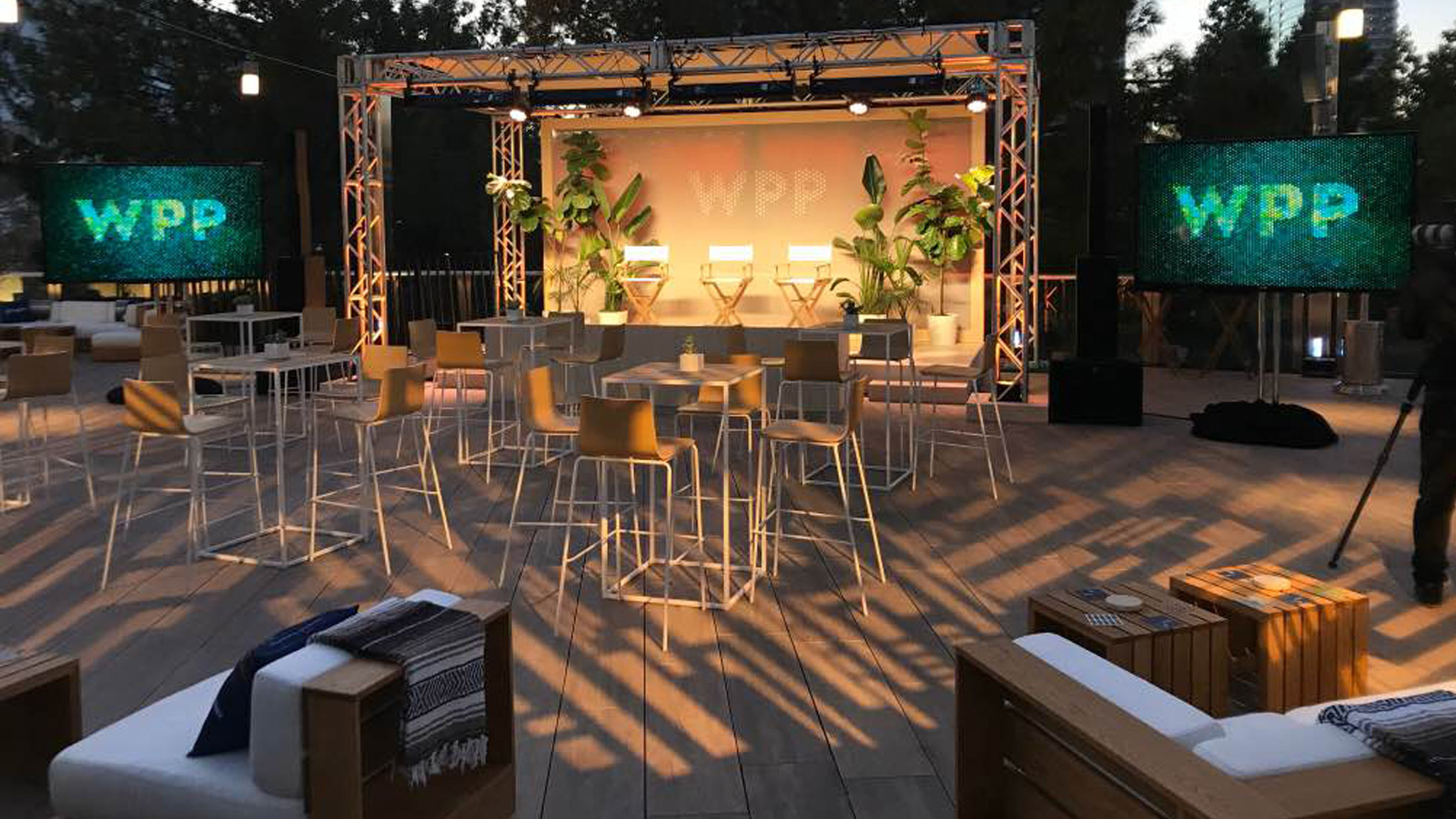 Q: In terms of experiences, how do you determine the best fit for a client? Why a pop-up vs. a live event, etc.?

That’s a great question. Our answer to it that we don’t restrict ourselves in terms of really the type the nature of the execution or even the type of brand. We are much more about working with brands who are invested in the idea or the concept as much as we are.

Let me clarify it a little further by talking about the context in our space; there’s plenty going on in the experiential category that we don’t think is compelling work. One end of the spectrum in experiential or what might be termed as production companies or delivery agencies, people who will take an idea from a client or a very prescriptive brief from a client and execute upon it, and we don’t like doing that kind of work because we want to be a bit more involved in the conceptual side of it. But then there’s another end of the spectrum, and I’ve actually put some of our advertising agency competitors in this space or agencies that perhaps aren’t experts in our channel, who think of things from a very big picture perspective but don’t necessarily have the expertise or actually follow that expectation through to delivery.

One of the prevalent problems that we have faced in the industry is that we’ll get a phone call from an ad agency saying, “we have an idea, we don’t know how to do it.” We look at the idea and say, “well, the reason you don’t know how to do it is that it’s physically impossible. You won’t have enough time to do it; you don’t have enough money.” So that’s a challenge that we come up against all the time.

Where we position ourselves is and the kind of work, we like to take on is that we are the experts that come to the table with ideas that work. We do like providing an end to end service in the way that other grown-up agencies do. We like to get in early and talk about what the brand strategy is and get under the skin of our audience and develop insights about our audience insights alongside a brand through ideation, through design and very much through to delivery and being involved in the beginning of a process to make sure that everything we conceive of is actually realizable.

That’s a lot of contexts to try and set up the answer in terms of the kind of work we want to do. We do work, any work, and as I say, there’s a physical attraction between a brand and an audience and there’s some level of creative ambition on behalf of the brand. We want to do work that is compelling.

We don’t just want to deliver a project because someone allocated the money to it and they’ve got to spend the experiential portion of that there’s a part tacked on to the end of the campaign, something that’s sort of inconsequential, we want compelling, quality work to be what we do and we don’t restrict ourselves anymore beyond that.

Q: Creatively speaking, what do you think separates the work that you do from others in the marketplace?

I think we do great creative, but I think a lot of agencies will tell you they do great creative. I think what’s separating us goes back to what we’ve been talking about previously around measurement, but it’s creative that’s effective. We’re not just about making impressions; we’re making impressions that count. So, I think the difference we make at the beginning of a conversation, we say to them, ok, let’s talk about KPI’s, and we say this to most brands that haven’t even given us KPI’s because again, going back to the immaturity of the industry, plenty of brands have come to us, and they haven’t thought through what they really want to achieve with this experiential activity or campaign; we help them determine what those measurements should be and then make sure our creative sticks rigorously to that.

That’s where I think we are separating ourselves and you can see by our experience evaluation report, we are trying very hard to position ourselves as the agency that is mature enough, sophisticated enough, and smart enough to do great creative work that is really compelling, delivering KPI, that we’ve sometimes identified what the brand has given to us.

Q: What advice do you have for others in the space – whether experienced or just starting?

First of all, stick with it, it’s great. I love my career, and I’m very happy that I chose it and that I have a team of people that are really happy chosen what they do. It’s a world that provides you with an incredible amount of variety, an incredible amount of creative scope, and also just a profound level of satisfaction. I talk to friends and colleagues in the industry all the time about the deep satisfaction we get in our world because we work very hard on something which becomes the thing of beauty. You watch it unfold in the space of a few hours or days, and you get a deep satisfaction from watching that unfolding, you get to see the delivery, the fruit of all your labor, and that’s a wonderful feeling, so anyone starting in the space, keep going at it because it’s great. And another thing I’d say as a motivation to keep going with it is there’s going to be continued growth in this sector and the way to succeed is to get on board with the maturity of the industry and don’t think of yourselves as a poor cousin to other channels as we used to be a decade ago, be bold enough to say we can lead a campaign from the experiential perspective. We can generate amazing content and amazing results for our brands.