As the pandemic cracked the nation wide open, it exposed the festering underbelly of racial injustice it has routinely failed to fully address for centuries. Sector by sector, every inch of society today is being outed for biases that systemically rewarded and conferred privilege to the detriment and disadvantage of others. “Others,” to be more precise, means predominantly people in the Black community in America.

In particular, one industry is taking a lot of heat. The media and entertainment business is, at last, being excoriated for the Hollywood-industrial complex it had built since its start almost one hundred years ago. One that centralized the centrality of a male and white “gaze,” while pigeonholing Black and other marginalized communities with stereotypical — and even dangerous–portrayals.

Social-justice groups like Color of Change demanded attention with what’s commonly known as their “Copaganda”​ ​report.​ This incisive look at TV’s lionization of (predominantly white) law enforcement and its resulting villainization of (typically) Black men as criminals led to the cancellation of two highly-rated shows: “Cops” (Paramount Network) and “Live PD” (A&E). The ripple effect of this action caused content providers across the industry to urgently re-evaluate their libraries, trigger warnings and social media accounts. Goodbye, “Birth of a Nation.” Hello, four-minute opening contextualization of “Gone With the Wind.”

Even FX’s president John Landgraf,​ who’s been a voice of change in the industry, cried uncle. “I don’t even know how to make a cop show anymore.”

In this Age of Uncertainty, no one has the answers right now, so Landgraf is not alone. Half the battle is recognizing the problem. But to start crafting solutions, it’s important to understand the root causes. How did our society get to this ugly place?

The fault doesn’t only lie at the corner of Hollywood and Vine — in fact, it all started on Madison Avenue. Advertising, it turns out, has a long history of colonization.

The prosperity and forward-facing optimism of the post-war era gave birth to a new way of life for families across America. Boomers were raised in a culture where upward mobility–the promise of doing better than their parents–seemed a democratic and accessible dream for many, including myself, which many achieved.

Pre-WWII, domestic chores were carried out by the “help” in wealthy households. But for the majority of Americans, the unglamorous work of child care, cooking and cleaning were assumed to be the wife’s duties after a day of factory labor.

Post-war, the rise of manufacturing created a booming consumer products sector that fueled prosperity and the birth of the (largely white) middle class. In the 50s and 60s, culture’s signifier of male status was the housewife: a “little lady” whose husband made so much money, she didn’t ​need​ to work. She could be a “homemaker” and mother, sometimes a PTA or church volunteer, or a lady who lunches. Her job was to make sure a timely, tasty and hot dinner was on the table and that all was tracking well with the mythological Joneses. Schools even taught “home economics” to young girls, while boys took “shop” to learn to wield power tools.

At the same time, advertising was fast becoming an economic empire. This new industry discovered that housewives had plenty of time and disposable income to spend on perfecting their domiciles in an unending quest to be “good wives” (and damn those Joneses). From packaged foods to cleaning products to home appliances to clothing, there was a product to address every need the little women had. And soon, ones for needs they didn’t even know they had.

In this era, some of the most successful consumer brands were crafted around the most generic products and claims. Ivory soap and Tide laundry detergent rose to fame promising “that Ivory look” and “the cleanest clean.” The semiotics of whiteness and all it insinuated became the aspirational norm for all Americans–including Black Americans.

This form of insidious racism has its roots in the early days of advertising. That goes back to the Victorian era, when the British Empire colonized Africa and India, among other lands where the native populations were darker-skinned than their foreign overlords.

In the mid-1800s, advertising became an effective strategy to both marginalize the colonial subjects and monetize their subordination. And soap was their primary tool. Early advertising depicted Black people (or monkeys, in a nice touch) washing with soaps and powders to literally emerge whiter. “From the outset, soap took shape as a technology of social purification, inextricably entwined the with the semiotics of imperial racism and class denigration,” according to Anne P. McClintock, author of I​mperial Leather: Race, Gender and Sexuality in the Colonial Contest.​ The growing popularity of posters and print media allowed advertising to create a “visible aesthetic space” (i.e., what we now call “lifestyle branding”) around a commodity product that set the norms for life in the Empire.

Advertising taught us how to live

Fast-forward to the Mad Men era in America, which vaulted this colonialist approach to pop-culture status. Modern advertising’s genius was in teaching people how to live, by pointing out where they fell short. Bad breath? Buy Listerine. Whites not white enough? Use Clorox. While ads from the 60’s are typically lauded for their creativity, their real legacy is the conflation of conspicuous consumerism with social status–especially for white women.

Good housekeeping meant constantly keeping up with the plethora of new products in the hopes of keeping everything clean, light and pure–inherently a never-ending and self-defeating goal. Thus began a destructive legacy of white male-driven advertising controlling the self-esteem of women and other marginalized groups. It was a vicious cycle of marketing insecurity–a need met only by more goods. As with the age of imperialism, the Advertising Empire was built by colonizing society to trade its wares.

“The history of consumer advertising shows it has long been used to reinforce structures of power,” says Rajiv K. Menon, founder and CEO of Non-Res Media and a frequent collaborator, “where the values of citizenship and consumerism collapse into each other.”

Advertising’s success brought new tools and strategies to marketers in the boom of the 80s. “Target marketing” enabled the super slicing of the American public by age, race, income, education, geography and other factors that helped brands laser-focus on their ideal customer.

“Adults 18–49” became the currency of media planners. This most coveted of demos was highly valued because they were considered more desirable — and more elusive–by advertisers. Scarcity value gave brands more leverage with the ad-supported media companies that sat across the negotiating table for million-dollar deals. As a result, marketers pushed for content that was aspirational and “positive” (read: appealing to a whiter, more upscale audience in major markets), believing that happy endings would make people feel good about their products. Ka-ching!

“When categories like upscale Adults 18–49 end up determining the type of content that gets made, we end up ascribing value to a certain type of personhood to the detriment of others,” says Menon. Thus, there was no appetite to make content addressing the issues of those less-desirable demos: the horror of AIDS, growing racial and economic inequality, along with the growing intolerance they faced.

In the 90s, advertising that featured and attracted BIPOC audiences were increasingly relegated to a “multicultural” strategy that typically took a monolithic view of difference, still centered in the white male gaze. Creative and budgets were smaller, production quality was second-rate, and the audience was considered less attractive and influential–even though Black culture was widely appropriated by mainstream pop culture. Demographic tools, which had been intended as a way to customize messaging targeting audience needs, had created a marketing ghetto instead. The legacy of advertising’s colonialism dug in deeper.

Presence is not power

With the generational rise of millennials in the early aughts, the very fabric of society began to change in America. New discussions and definitions of race and “diversity” started to emerge. Families were acknowledged to be extended, expanded and mixed. And redefined to include same-sex parents, as well as kids who were LGBTQ+, differently-abled and biracial.

In some rare cases, advertising led the culture in representations of these communities. IKEA produced the first spot featuring a gay couple. Cheerios sparked outrage–then acclaim–for its casting of a white father with a mixed-race child. More Black, brown and Asian faces showed up in advertising. But much of it felt forced. “Token” casting checked the boxes. And it was easy to spot because the white person was always the lead. Light-skinned Black and brown people were usually relegated to the background, or “friend” role. Often those with darker-skin were lit or Photoshopped to be fairer–reinforcing a colorism which buoyed the sales of harmful skin-lightening products.

The message here is clear: ​You can be represented, but the white gaze is still in charge.​ And the white gaze is not exclusive to white people. Anyone in the BIPOC community who has found mainstream success in the past half-century (myself included) has done it by playing the white man’s game–working harder, learning to assimilate or play nice, seamlessly code-switching up the ladder of society on someone else’s terms.

“When it comes to their communities, 40 percent of Black Americans said they are not represented much or ever, compared with 28 percent of white people. The finding comes as this group’s buying power has steadily been on the rise: A March 2019​​ study ​from the Selig Center for Economic Growth at the University of Georgia found that African American buying power has increased 114 percent since 2000, to about $1.3 trillion in 2018,” writes Alyssa Meyers in Morning Consult.​

As Rashad Robinson, the CEO of Color of Change, told me recently: Don’t mistake presence for power.

The latest generation to influence mainstream culture today doesn’t have the patience to wait another fifty years for change. Gen Z, who has only known an America in decline, is the first cohort to believe that age is not an impediment to authority. And thanks to social media, they are incredibly vocal about it. Greta Thunberg, Lil Nas X, Naomi Osaka and David Hogg, to name a few, are idols to social justice-minded youth who are driven to undo the damage of post-war institutions and Boomer mismanagement. To them, “aspiration” means looking to rebuild society in their worldview: one that is just, distributed, humane and sustainable. The world they are inheriting is anything but, and they are determined to undo the harmful practices that are deeply entrenched in even the most frivolous aspects of modern civilization.

“The fashion industry also operates under colonialist ideas — the extraction and exploitation of resources, whether materials or labor, for infinite gain — meaning the communities who make the industry tick are often the very same communities being abused,” says Georgia Murray in Refinery29.​

As with every sector of society, advertising, like the consumerism it created, is badly in need of decolonizing itself. Despite best intentions, it’s well-documented that the industry is still dominated by white males, and has woefully underperformed in terms of diversity and inclusion even since those efforts began in the multicultural era. This year, a lot of Black women are getting hired as CMOs, and yay for them. But just staffing up more women, BIPOC and other marginalized groups is not enough. Unless the industry and its clients are scrubbed of powerful white men determining what makes something “innovative” or “cool” or “approved,” progress will be slower and more incremental than the warp speed of cultural change itself.

A recent article in​​ The Atlantic​ calls for a “Third Reconstruction,” building on the do-overs of the post-Civil War and -Civil Rights movement, to truly reap the benefits of this current reckoning. I believe that advertising can go through its own reconstructive process. Instead of teaching people how to live, people, brands and agencies can help society learn something even more impactful: How to think. 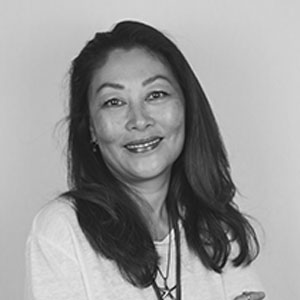