New Jersey as the “Garden State” is not an oxymoron.

The Garden State nickname has a convoluted past, but New Jersey is an agriculture state.  Really.

Governor Robert Meyner vetoed the measure, finding “no official recognition of the slogan Garden State as an identification of the state of New Jersey.”

“I do not believe,” the governor continued, “that the average citizen of New Jersey regards his state as more peculiarly identifiable with gardening for farming than any of its other industries or occupations.” Ouch.

The legislature overrode the veto. Bam. Jersey is the Garden State.

New Jersey is the largest producer of peaches in the Northeast.

Yeah, Georgia self identifies as the “Peach State.” California is the top producer, by far. South Carolina is second; Georgia third. Fourth-ranked Garden State of New Jersey likes to showcase its fresh produce on billboards, combining the power of parochialism (“Jersey fresh, from the Garden State”) with wholesome healthiness. 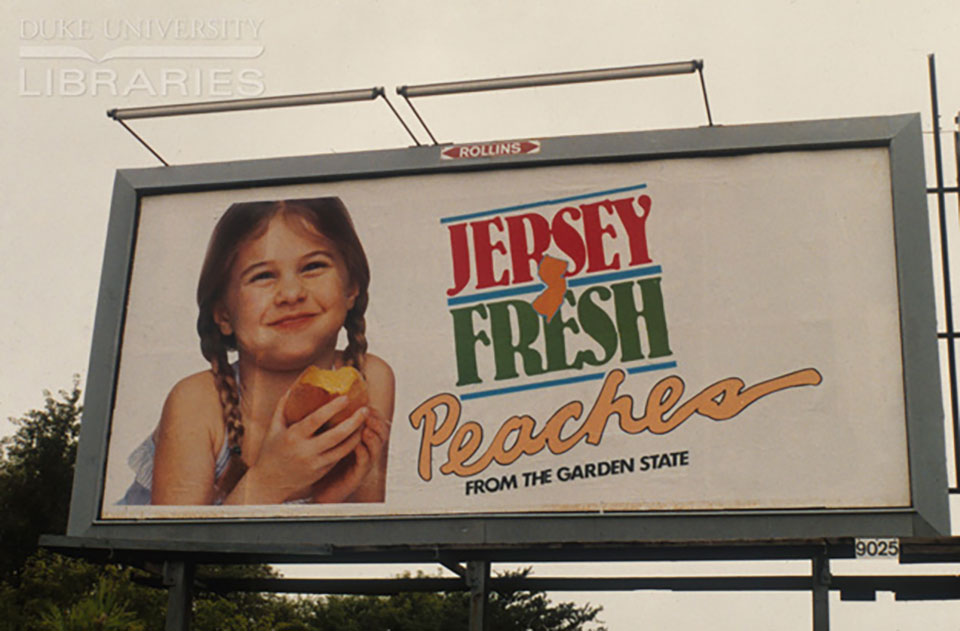 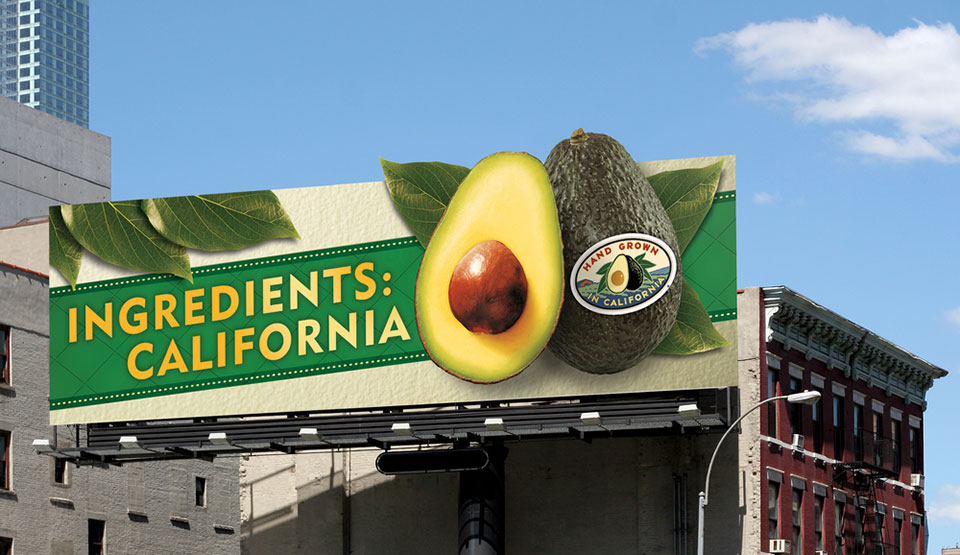 Out of home (OOH) formats have long served as proof points for freshness, like this Sunkist poster from the early ‘80s and Borden’s ice cream billboard from the Depression era: 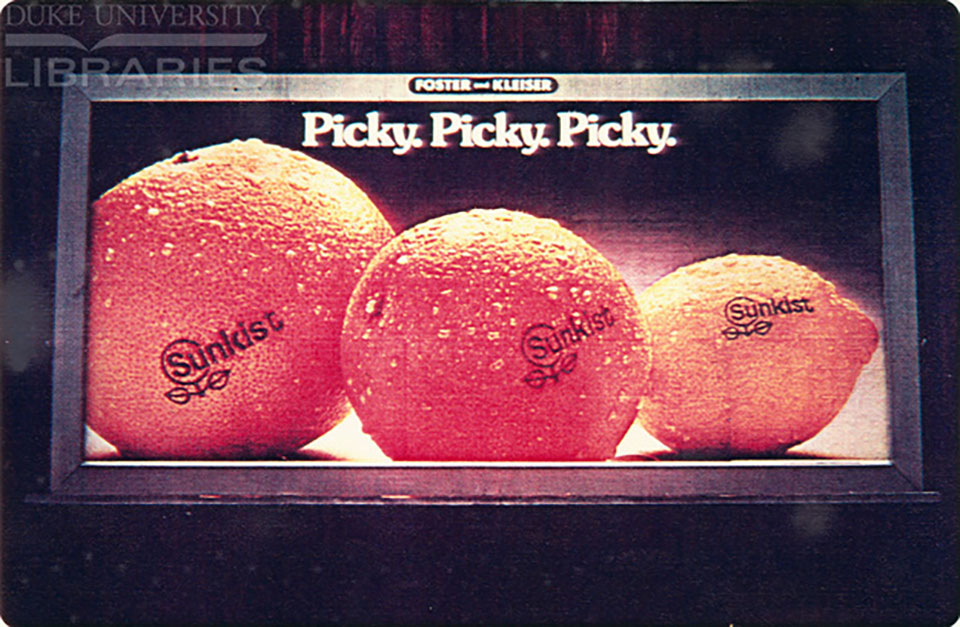 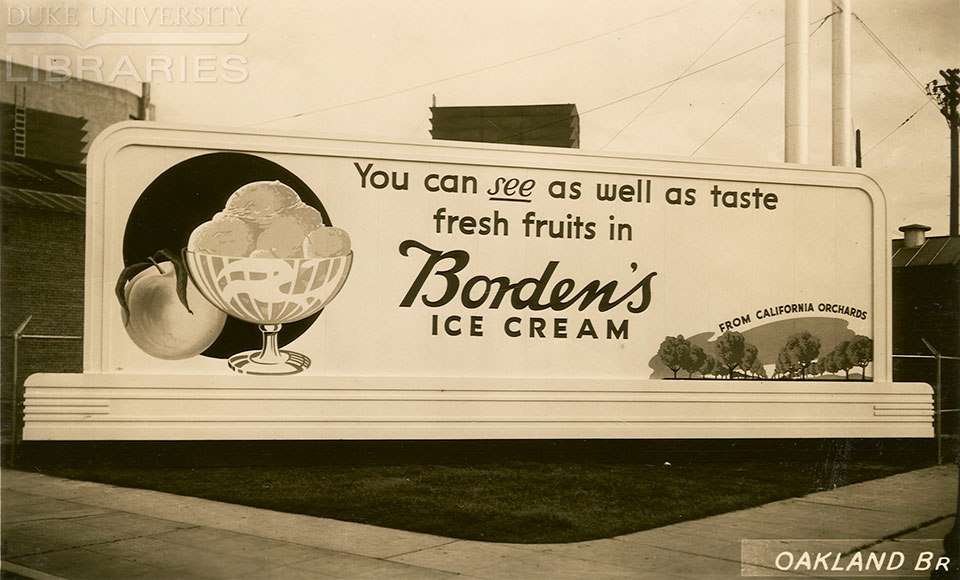 College football’s Peach Bowl highlights the cultural connection between peaches and billboards. “Peach Cobbler” and “Brawl with a Drawl” were two of the taglines used to promote the 1999 Peach Bowl (Mississippi State defeated Clemson 17-7).

The Allman Brothers’ “Eat a Peach” – with its iconic cover – was a top-selling album in the early ‘70s (“Still the best goddamned band in the land,”  Tony Glover declared in his 1972 review in Rolling Stone). 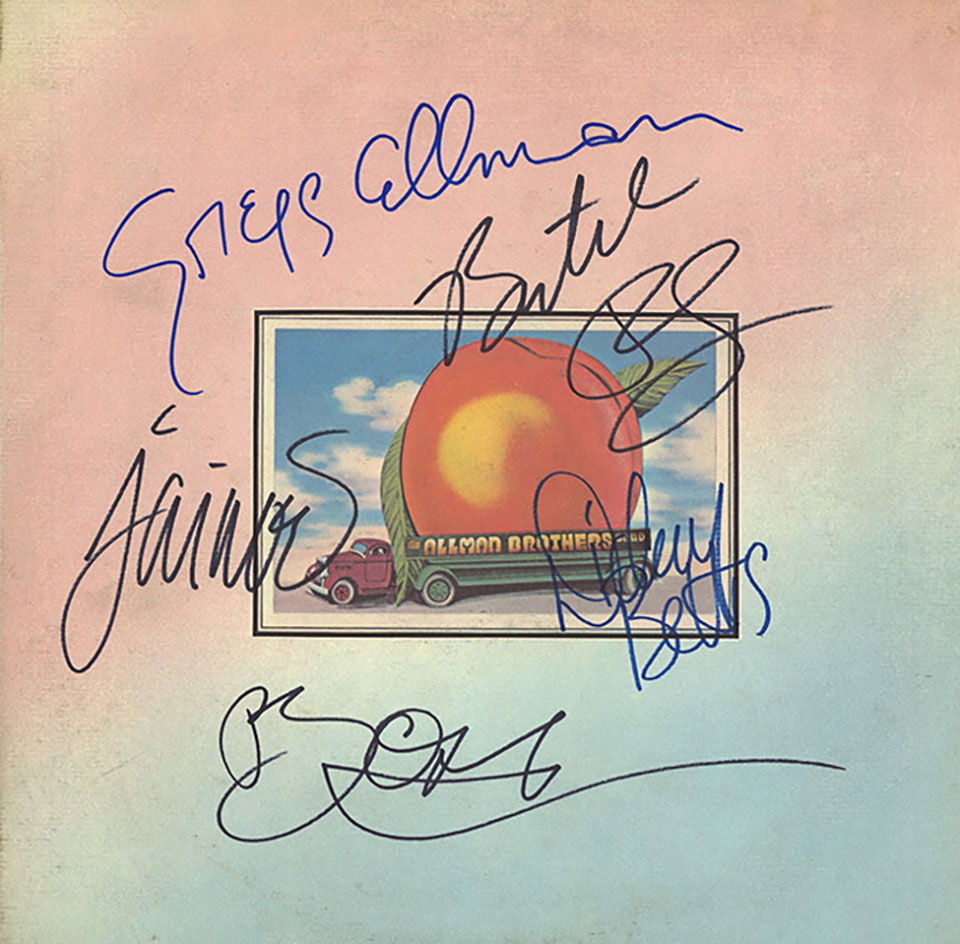 “We find billboards very effective. People might change the way they consume media, but ultimately there are nine million people who live here and have to go to and from work each day. This is a place for us to really capture an audience when they are hopefully making decisions about grocery shopping that weekend and thinking about their produce preferences.

“Electronic billboards […] will be running throughout the (peach) growing season on the main roads going into New York City, including outside the Lincoln Tunnel; the bridges coming out of Philadelphia, and throughout New Jersey.”

And honestly, all of these billboards have left me s-peach-less.