Reprinted by permission of Harvard Business Review Press. Excerpted from The Context Marketing Revolution: How to Motivate Buyers in the Age of Infinite Media. Copyright 2020 Mathew Sweezey. All rights reserved.

One morning back in 2014, I felt the familiar buzz from the phone in my pocket. It was a Facebook notification from my friend Cliff, who’d tagged me in a comment on the latest article from Forbes. Salesforce, the company I work for, had just been named “Most Innovative Company” in the world for the fourth straight year. But as I settled in to read the story, I felt puzzled. The article, clearly relevant, hadn’t reached me that day. I simply had not seen it. What I saw was Cliff’s notification, alerting me to the story.

Make no mistake: Forbes knows a thing or two about the power of customer experience and modern marketing. And it had many ways to get my attention. It’s a publication I write for, and I follow it online. It was pushing media to me daily through my email and Twitter accounts. But while that story would have reached me directly just a few years before, in 2014 it didn’t, because by then I was fielding thousands of pieces of media each day. Forbes’s emails were getting auto-filled into the abyss of my “unread” tab in Gmail— the catch-all for emails that don’t come from colleagues or my direct connections. Similarly, because I was getting thousands of tweets by then, only a tiny fraction ever made it into my Twitter feed.

Despite all my connections to Forbes, the media environment had effectively silenced the company’s marketing. The success of that article breaking through had nothing to do with the might of Forbes’s century-old media powerhouse— and everything to do with my friend Cliff tagging me. “Push” and whatever else the magazine was doing to market and promote itself was no longer enough.

Now I understand why: marketing as we know it had already died.

Marketers like myself continue to stumble around, trying to get customers’ attention but succeeding only in annoying them with endless intrusions (think: ads in YouTube videos, telemarketers, and auto-playing videos you must hide before reading an article). If consumers aren’t annoyed, it’s because they’re ignoring advertisers’ extraordinarily costly efforts by blocking ads, and increasingly the channels themselves are doing it for them. That’s the crazy part: more and more, consumers don’t have to lift a finger to avoid you. The environment itself is filtering out brands’ attention-seeking messages with the kind of email and social media filters that hid the Forbes article from me.

Consumers simply aren’t listening anymore. They don’t have to. Today they’re the ones in charge, not marketers. We are living in a new era: the era of infinite media.

Infinite media doesn’t mean just more media. It means a radically different media environment in which the possibilities are quite literally infinite. What does all this signify for organizations and for marketers in particular? Such a drastic departure from how things once worked can’t be met with business as usual. It demands not just new marketing ideas but rather a whole new idea of marketing. It requires a revolution in what we do, how we do it, and the way we think about building brands and motivating customers. No matter what your business’s size or type, or what level and kind of job you’re in, prepare to embark on a mind-bending way of seeing, selling, and growing your brand, defined by a different kind of marketing in a changing environment. I call it the context marketing revolution.

Motivating consumers today requires a fresh understanding of how marketing builds brands and drives action. In the past, brands crafted a single message so compelling that people acted. Today motivation is a by-product of many connected moments, requiring brands to have a systematic effort that is holistic and perpetual. It begins long before a company builds a product or releases a service, and it extends long past the product’s or service’s use.

This is what I call the context marketing revolution essentially spawns a recrafted model for consumer motivation and building brands: market > sell > build > market.

Think about Tesla, which built its market for the Model 3 long before it began selling or even making the car. As a result, when Model 3 presales became available, it was cited as the biggest one-week launch of any product ever, preselling more than one hundred thousand cars in a matter of hours. Tesla did that by engaging consumers, over a period of time, in a number of experiences.

For example, the company’s founder, Elon Musk, built a massive permissioned audience on social media that was engaged around a central purpose: radical innovation to get the world off fossil fuel. Musk’s personal Twitter feed is full of rocket launches, discussions about solar panels, tours of Tesla’s new production facility (aptly named the Gigafactory), and even a video of him launching a car into space.

All of this is authentic, as it fits directly in line with the value that the company’s audience members expected when they gave permission. Audience members follow both Musk and Tesla for that over-the-top content, experiences that are available in the context of the moment. Tesla then used this deep connection to co-build the car with its audience, asking audience members to fund the production of the Model 3 by preordering. They did.

But the Tesla experience doesn’t stop there. Even after the order is placed, the company continues its marketing efforts by providing over-the-top customer experiences. For example, a Tesla team member reaches out in a personal way to let each buyer know when his or her car is being made, then follows up to let the buyer choose how the car should be delivered. Finally, team members ask buyers to share their amazing experiences with others through an advocacy program where Tesla customers can earn rewards by taking action.

The result? Today Musk’s audience on Twitter is seven times that of Tesla’s closest competitor, Mercedes-Benz, and the company spends a minuscule amount on advertising (1/150th the amount that Mercedes-Benz spends); yet it sells three times as many cars. The impressive part is the sustainability of this model of market > sell > build > market. It was the same model Tesla used to launch all three of its previous cars, and it continues to work. And in 2018, two years after Tesla launched the Model 3, it became the best-selling luxury car in the United States.

The context marketing revolution isn’t about content, social media, ad blocking, or mobility. It’s about what people derive from instant access, connectivity, and openness. It’s a revolution in what consumers demand, how they make decisions, and how brands fulfill those needs.

Reprinted by permission of Harvard Business Review Press. Excerpted from The Context Marketing Revolution: How to Motivate Buyers in the Age of Infinite Media. Copyright 2020 Mathew Sweezey. All rights reserved. 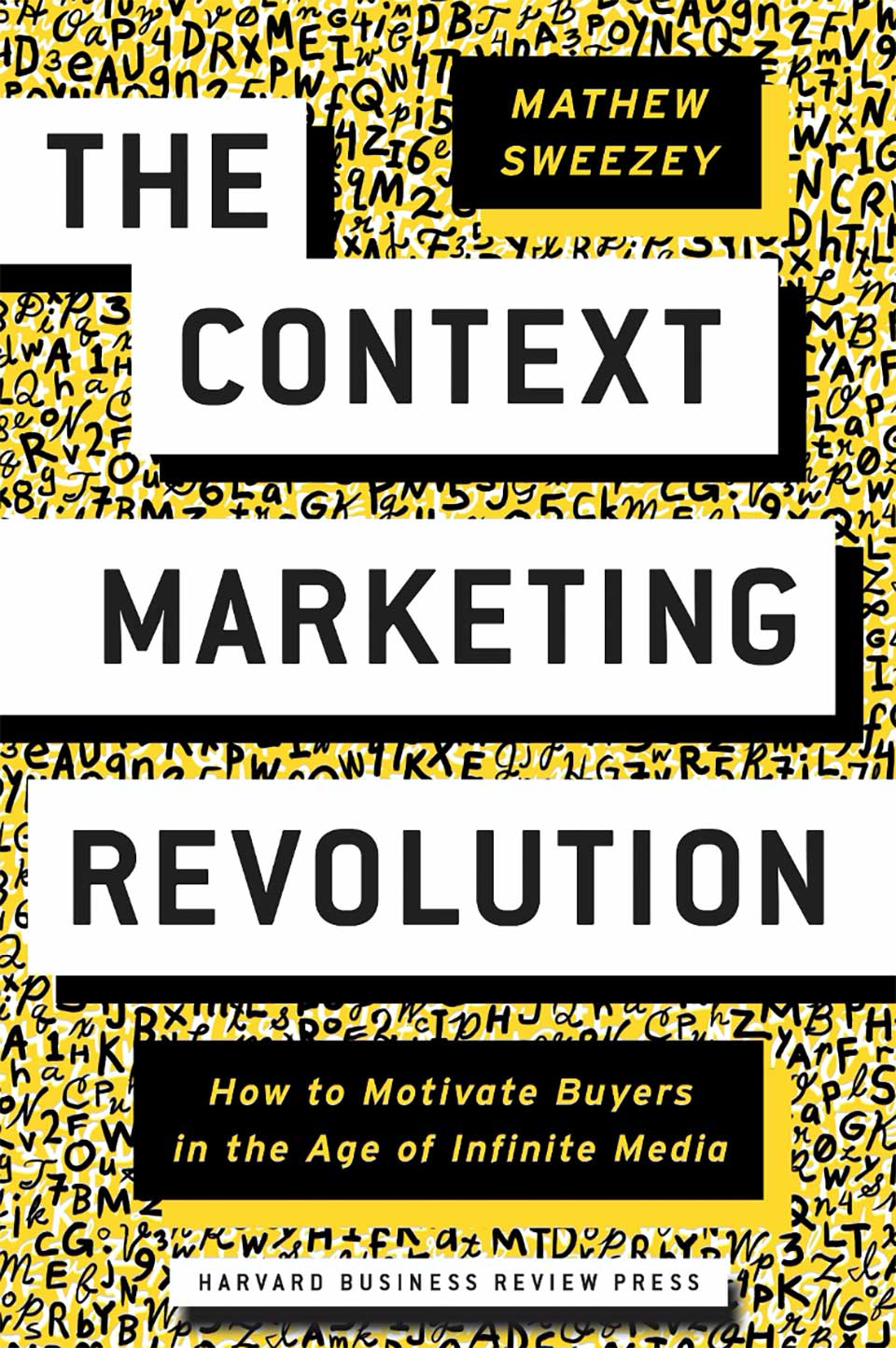