Ready or not, here they come.

Members of Generation Z are already changing the world around us. The young generation, who were handed smartphones and tablets from an early age, now make up 32 percent of society and are already entering the workforce. Their influence is everywhere, and it is beginning to be felt in the sports world as well.

So who is actually a part of this generation? The Pew Research Center defines everyone born between the years 1997 and 2012 as members of Gen Z and those born between 1981-96 as Millenials. And yes, there is a distinct difference in how the two generations consume media.

Technology was always a part of their lives, so should we be surprised to learn that nearly 50 percent of Generation Z is online for ten hours a day? A third of them watch an hour of video every day, and their attention span is eight seconds on average. Their most used social media platforms are YouTube, Instagram and Facebook, and their most used device is a smartphone.

They consume content differently than previous generations, including sports. So what does this mean for rights holders?

The DFL Deutsche Fußball Liga, which has already cemented itself as a forward thinker in the sports world, and the Center for Sports and Management at WHU Otto Beisheim School of Management tried to answer this question. They conducted a survey amongst league viewers to try to better understand how Generation Z consumes sports compared to other generations (Millennials, Generation X and the Baby Boomers).

Here are some of the key findings in the “Future Study Bundesliga Consumption”:

Much of what the survey revealed about young sports fans aligns with other recent findings regarding Generation Z and their consumption habits overall.

Another survey by Whistle Sports – “Changing the Game: How Gen Z is Redefining Sports, Consumption & Sponsorship” – shows that Generation Z is redefining what we call sports, with a stronger gravitation to “non-traditional sports,” which they can watch online and then mimic with videos of their own. They also have more of an affiliation with influencers and individual athletes rather than traditional teams. So instead of being supporters of Barcelona FC, Gen Z fans may be more prone to watching highlights of individual players, current superstars such as Leo Messi or retired greats like Ronaldinho. They are becoming more loyal to the individual athlete’s brand and not necessarily to the team’s.

So how do we adapt sports content to align itself with the preferences of Generation Z and future generations?

Listening to this generation and altering content to fit with their overall habits can make a big difference. Surveys such as the DFL’s and Whistle Sports’ are already pointing us in the right direction in terms of the type of content and how to deliver it. As for the platform – it all starts with their virtual hangout spots. Remember YouTube? Per Adweek, 95 percent of Gen Z say they are on YouTube and 50 percent say they can’t live without it.

The NHL is also taking up a new approach of getting to know this generation one-on-one. The league recently launched the Power Players program to recruit youth advisers, between the ages of 13-17, to help better understand younger viewers who they describe as “dreamers, doers, creators and innovators.” And we haven’t even started talking about eSports…

While we continue to listen to and learn about this generation, one thing already stands out: Generation Z is hungry for personalization, and that may be the most important key for rights holders. Ensuring that highlights are tailored specifically for each individual of this generation, not only based on their preferred sport, but down to their favorite athletes, the length of the highlight they want, when they want it, and on which platform and device.

The oldest of the generation are entering the workforce and their influence is only going to grow as the years go by. It is now time for the sports world to start listening and adapt. 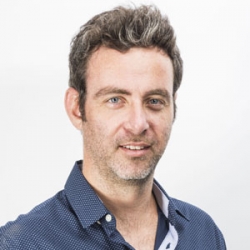