Imagine a world where all people are represented accurately from the start to the end of a project, idea or advertisement… It would be a very different world, indeed. Unfortunately, women are still represented in stereotypical and outdated roles, the LGBT community continues to struggle with prejudice and one billion people with disabilities remain unseen to the visible eye. So, isn’t it time to turn the diversity and inclusion conversation from an international discussion to include the advertising industry too?

How important is it for organisations to have an inclusive culture?

As an essential component of any thriving business or industry, an inclusive culture must be present in every area of the workplace — from top to bottom, according to Caroline Casey, founder of Valuable. “You need to have a representation of the entire human experience, not just bits and pieces of it. Unless the leadership of the company stands for that, you’ll get pick-and-mix inclusion which is why we’re not seeing true inclusivity in advertising at the moment. It’s up to the leadership of an organisation at the top to take accountability for creating that kind of environment.” It’s a challenge that Joshua Graff, Senior Director at LinkedIn, has wholeheartedly taken up by not only focusing on employees’ capabilities but also their personal commitment to diversity and inclusion. “The idea of belonging is ingrained in the culture and values of the organisation. We screen for it during the interview process and we ask questions around culture and values. We recognise and reward around those cultural pillars, as well as results. By doing this, we ensure that our products are inclusive by design.”

How important is it for companies to create a culture where people can bring their authentic self to work?

Where employees feel they aren’t allowed to be themselves, it’s the companies that end up suffering for it in the end. As Richard Miles from Therapy Agency points out, “Research shows that 62 percent of graduates from the LGBT community went back in the closet when they joined the industry, which is huge. A further 34 percent are still not out in the industry. Meanwhile, a 100 percent of heterosexuals are out at work as themselves. The point is that if people feel like they can’t be themselves, you’re not going to get productivity out of them.” Graff agreed by adding that companies who want new customers will have to learn to authentically appeal to them as human beings. “There will always be dinosaurs in our industry even though there is progress being made. There is still a tendency to stereotype people and put them in the background and embrace tokenism. A good example of that is the companies pulling out colourful stripes for Pride once a year but who don’t have policies in place to support the community. It’s inauthentic and possibly detrimental to your brand.” 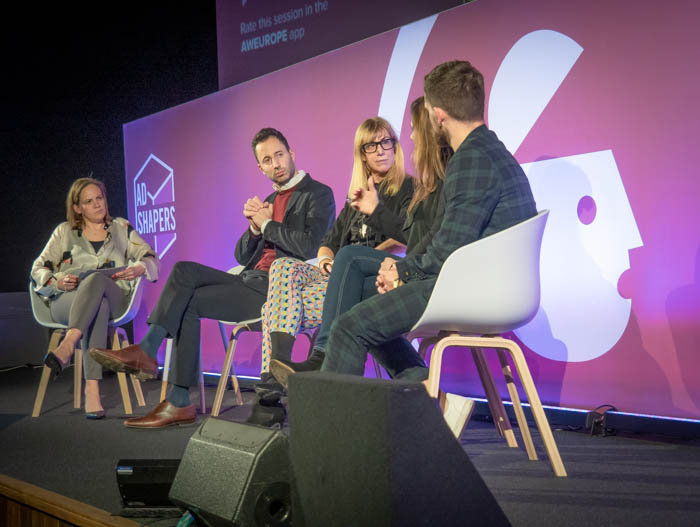 Why is there such as visceral effect when brands get it wrong?

Having a go and failing is better than not trying at all, according to Gemma Greaves from the Marketing Society. From Gucci to Gillette, failing spectacularly is actually preferable to never stepping outside one’s comfort zone. “We should celebrate brands trying to make a difference. At an event recently, the Gillette ad came up and for some reason we spent 20 minutes talking about it because there were so many people with an opinion on it, even though it was mostly negative. But I think they’re doing something right because we’re talking about it. Maybe the message didn’t land quite the way they intended for it to, but at least they tried, so I don’t think we should blame and criticise. The worst thing is that some people aren’t prepared to go outside their comfort zone at all.”

Is it hypocritical for brands to promote a particular topic if they don’t practice it internally?

“It’s the intention that’s important,” said Casey. “We’re going to get caught out now if we’re not doing what we’re talking about. 90 percent of companies are saying they’re passionate about diversity and inclusion but only 4 percent are really inclusive and diverse. So how can you say that? I think that’s terrifying! It has to go right throughout your company and then your brand is the expression of that. I’m so tired of hearing about ‘getting the internal journey right before going external’. We’ll be waiting forever then because we’ll never see the expression externally!” Companies that hire people who genuinely believe in diversity and inclusion are the key to future-proofing your company. According to Graff, employees are your most precious asset and brand advocates — in their absence your company may as well fall apart. “Create a sense of belonging among your employees or you won’t be successful consistently externally. At LinkedIn, we build trust through consistency over time. If you’re not doing that, you’re going to be perceived as inauthentic.