By Anna Bager, president and chief executive officer of the Out of Home Advertising Association of America

Political ads in battleground states showcase the varied formats in out of home media, and politicians’ intense desire to connect with voters outside their homes. 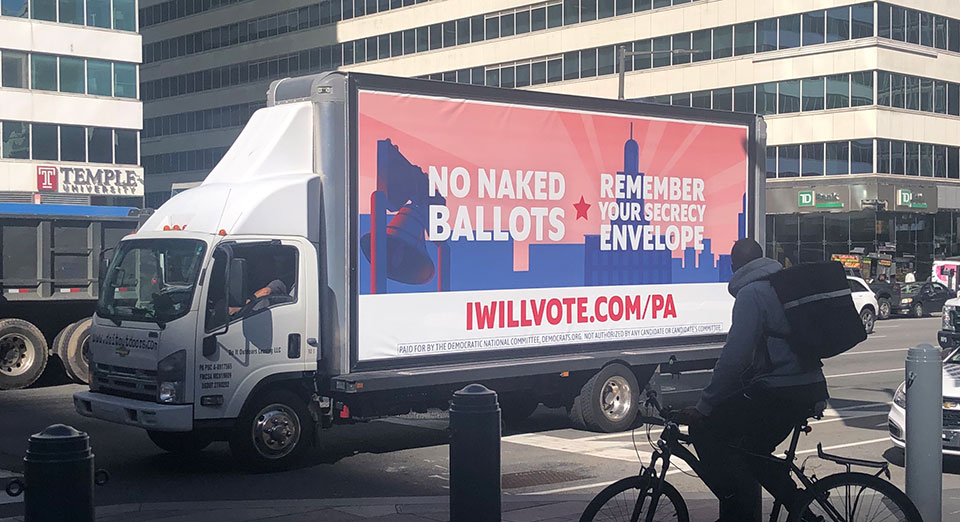 Political ad spend will hit another record in this election. The mega-dollar presidential race focuses on Arizona, Florida, Michigan, North Carolina, Pennsylvania, Wisconsin, and perhaps a few other states. The campaigns are motivating their base voters and also chasing swing voters, including those who watch little or no TV.

Experts who are buying and selling political ads say out of home media:

Parishioners en route to The Greater Christ Baptist Church in Detroit walk by a chalk stencil reminding them to vote early. 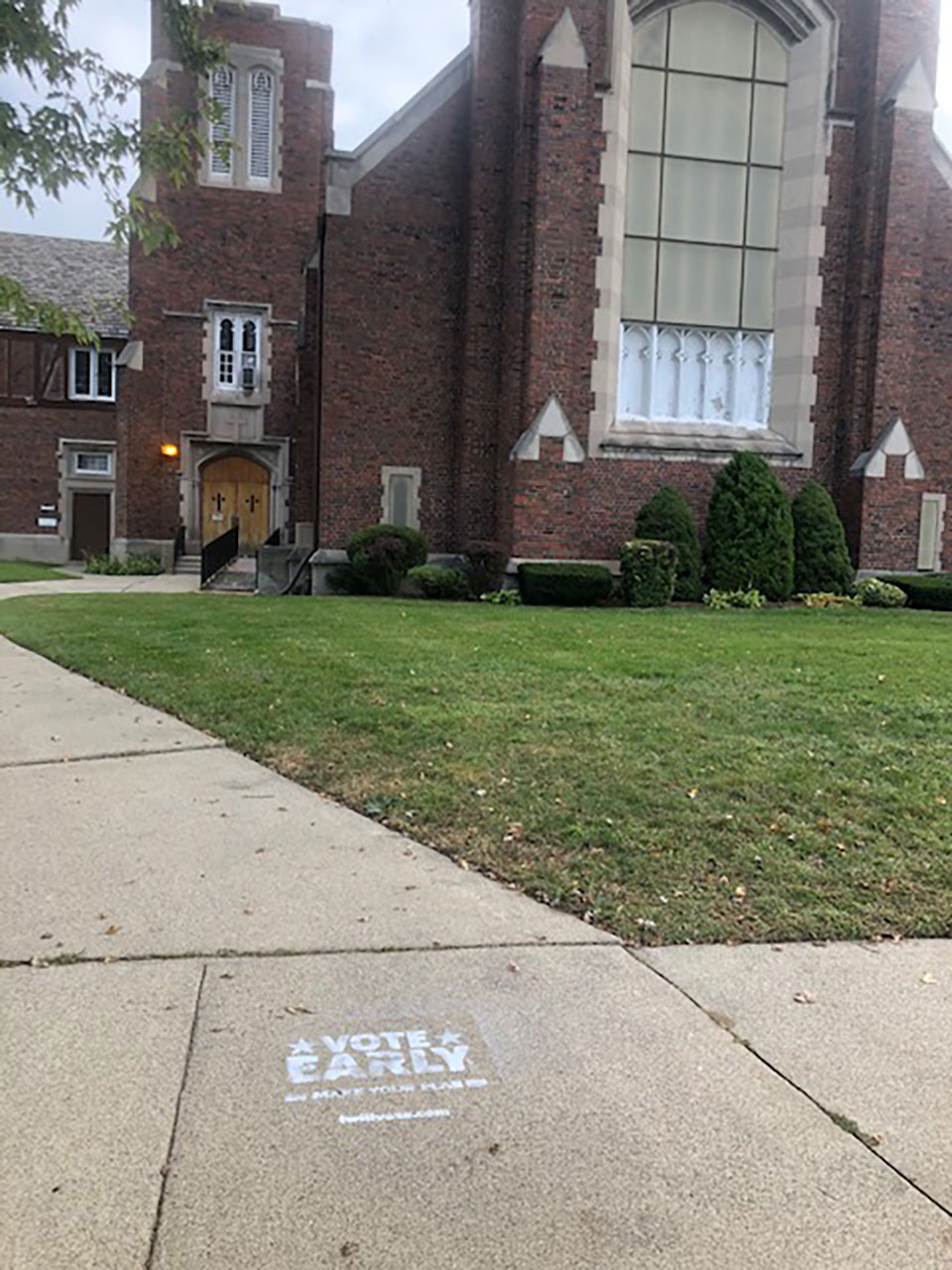 At thousands of locations in battleground states, coffee sleeves put political messages into the hands of voters, says Don Winter of Encompass Media Group based in Long Island City, NY. “Vote Early” posters in English and Spanish are displayed in buildings, lobbies, and shops, such as this beauty salon in Arizona. 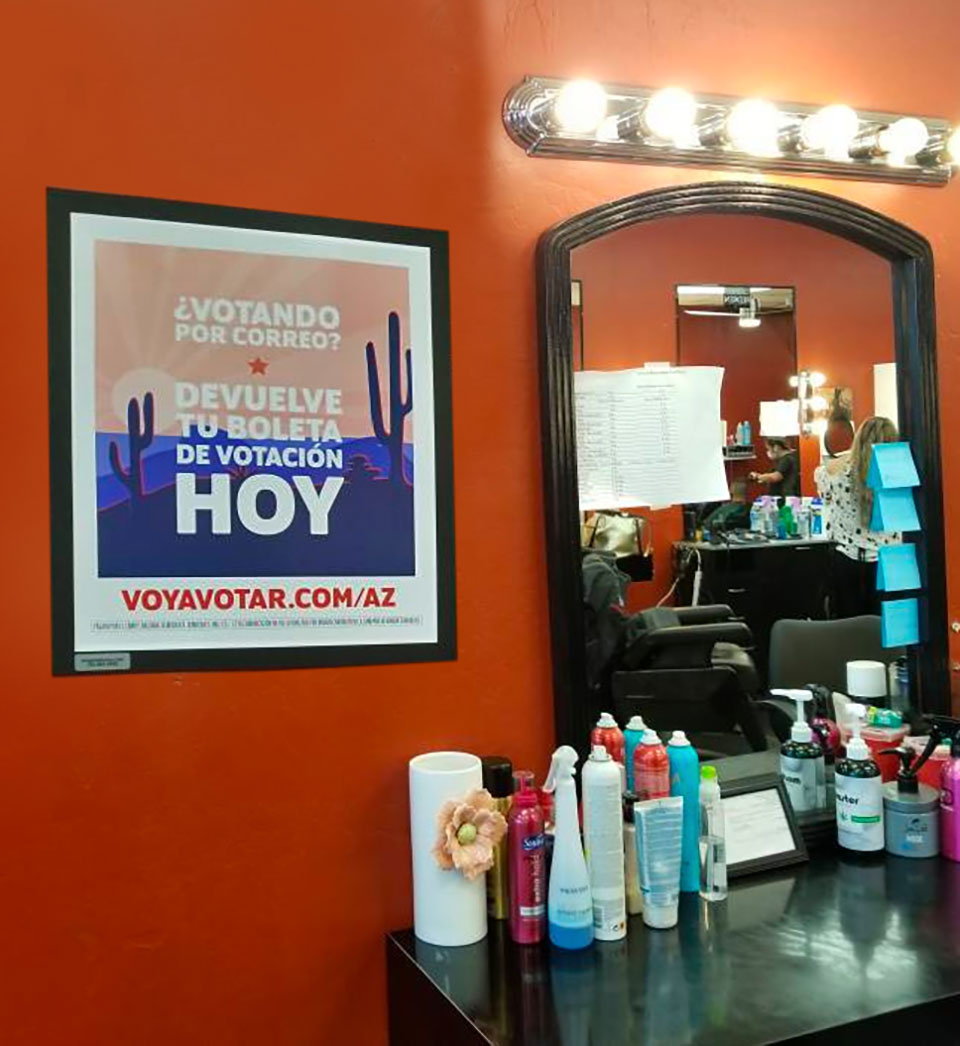 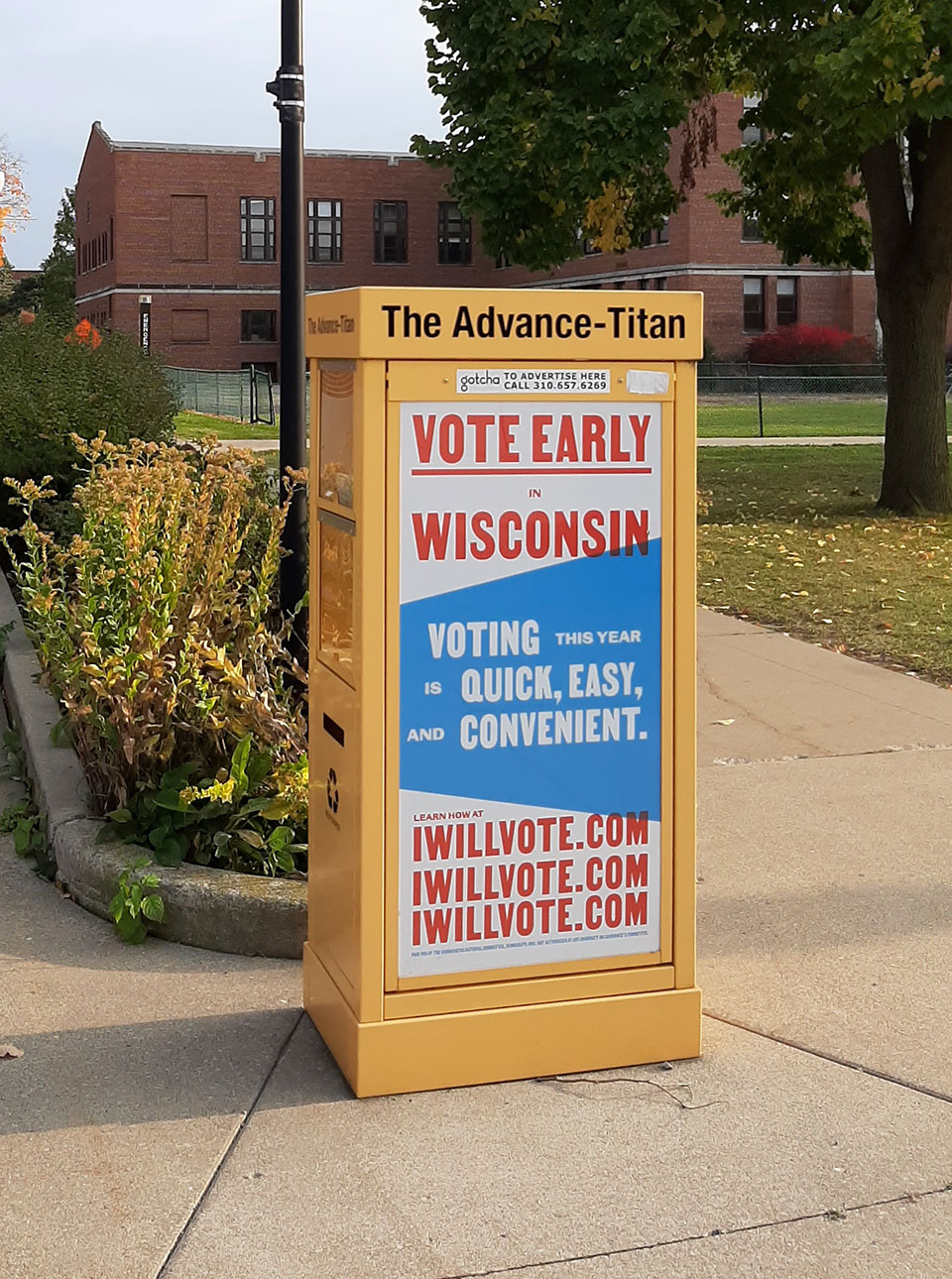 In Pennsylvania and other battleground states, billboards feature the hometowns of regular citizens (such as Amy from Camp Hill, PA.) 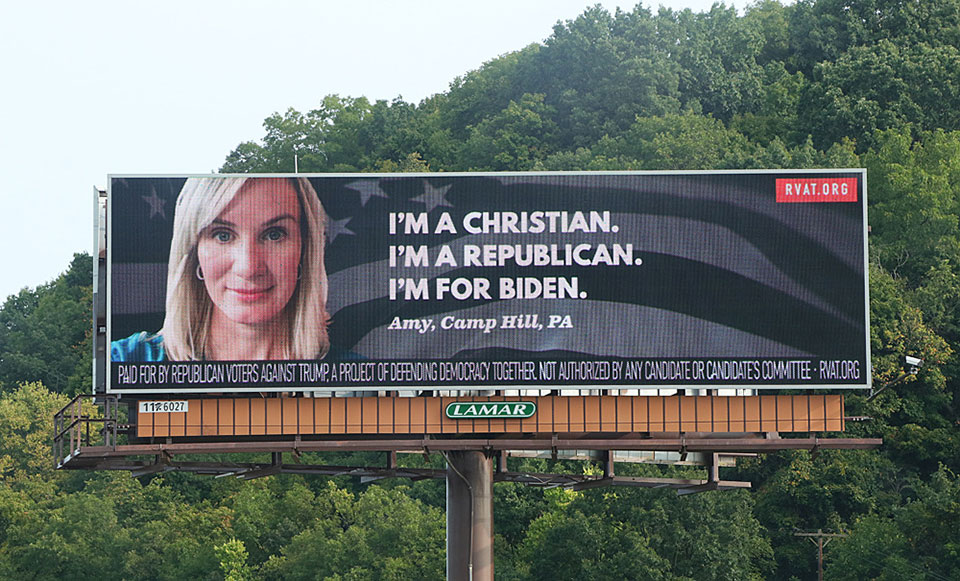 Large clients such as political parties and political-action groups are spending millions on sophisticated out of home media buys. Crowd-funding made easy by social media means that virtually anyone can amplify political expression on billboards and other out-of-home formats.

In Missouri, a pro-Trump group self-identified as the “deplorables” posted a red, white, and blue billboard operated by DDI Media based in St. Louis. 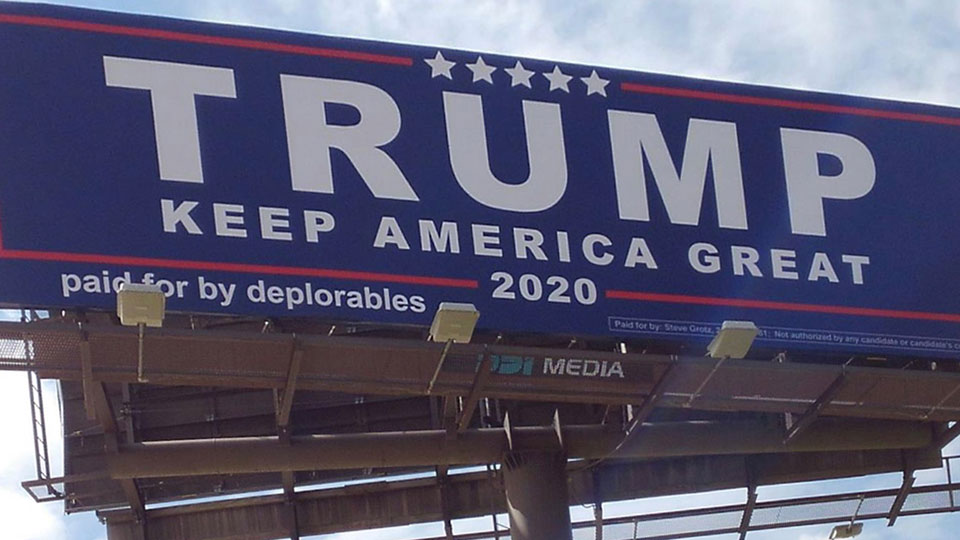 Most out of home political ads promote local candidates and causes. In this raspy, divided political climate, some of them just want to say “thank you.”