The concept of esports has been a relatively recent occurrence, but it has certainly gained steam. Since the day pong first appeared on arcade shelves, there has been a line of people out the door ready to compete.

As esports continues to gain more and more steam, it can get somewhat confusing to figure out which game, or even which genre to align with as a marketer. Just like traditional sports, where some people like basketball, others prefer baseball, and others favor football, it’s the exact same with video games. While there are certainly a few titles that gather the majority of audiences attention, a lot of fans tend to stick within a particular genre and game. We’re going to get into the different genres that video games have to offer, and talk about just how popular they are.

Perhaps the most popular genre out in esports today is the FPS genre. After Wolfenstein 3D came out in 1992, the basics of FPS games haven’t really changed much. You fight and interact with the world through a first person perspective, through the characters “eyes” as it were.

FPS games have been a staple of esports for years now, with games like Doom and Quake leading the charge of esports as it grew from a small experience to a juggernaut. Quake is also responsible for one of the most famous esports moments ever, when Dennis ‘Thresh’ Fong won John Carmack’s (co-creator of Quake) own Ferrari in a Quake tournament. Since those two games, the FPS genre has continued to dominate the esports world. Counter-Strike: Global Offensive, Overwatch, Rainbow Six: Siegeare just a few titles that garner hundreds of thousands of views every day. In terms of popularity, you really can’t go wrong with a first person shooter.

Running right alongside FPS games in terms of esports popularity, there is the Multiplayer Online Battle Arena or MOBA genre. MOBAs evolved as a result of strategy games becoming much more interactive, with the first widely-accepted game in the genre being Aeon of Strife, a custom map for StarCraft. Nowadays though, the genre has refined itself into a 5-versus-5 multiplayer contest where the objective is to destroy the opposite teams home base.

League of Legends is one of the most notable MOBAs out there, so popular that they were part of a esports demonstration event held at the Asian Games in 2018. Leagueboasts an average of over 100 million active players a month. Dota 2 ( Defense of the Ancients) was also responsible for the largest esports prize pool ever at $25 Million. Considered by multiple publications to be amongst the greatest video games of all time, Dota 2 also enjoys viewership numbers in the millions. The MOBA market is dominated by the titles at the top, and it’s been hard to compete with the two kings of League of Legends and Dota 2. If you’re looking to support the MOBA genre, look no further than these two titans of the industry.

The proverbial new kid on the block as it were, Battle Royale games took off with the release of PUBG (PlayerUnknown’s Battlegrounds) in 2017. Shortly after, the global phenomenon that continues to attract adults and kids worldwide known as Fortnite Battle Royale followed soon after. The idea behind a battle royale combines the aspects of a survival game with a last-man-standing title to make an exhilarating experience. Players arrive on a playing field with barebones equipment (most of the time), and their only goal is to forage and stay alive while they eliminate every other player in the arena.

In terms of viewership and attention, one needs to look no further than the juggernaut that is Fortnite. Fortnite penetrated gaming culture in a way that was never really achieved by any other title. By 2019, Epic Games CEO reported the game had reached a staggering 250 million players, and they’ve since partnered with multiple sponsors like the NFL (National Football League), the MCU (Marvel Cinematic Universe), and celebrities like Drake, Marshmello and more. In fact, their esports world cup was recently announced to have a $30 million prize pool, ripping the record for the largest esports prize pool from Dota 2. PUBG has fallen slightly in terms of player base, but still maintains a strong fanbase, particularly in Asian countries like China and India. Another Battle Royale game, Apex Legends was released and quickly grew in popularity, some critics thinking it would compete against Fortnite. While this didn’t turn out to be true, Apex also continues to have a dedicated group of players. Battle Royale games are currently the apex predators of the market, and there’s never been a better time to look into them.

For most people, fighting games are the first thing that people think of when they think of games being played professionally. The fighting game community started out small, but has quickly grown into a committed fanbase that has been present for decades now. Since 2009, the FGC (fighting game community) has grown thanks to the prevalence of streaming sites and esports in general. Fighting games are incredibly widespread in terms of mechanics, but they boil down to basically fighting another player, eliminating him while making sure that you aren’t eliminated in turn.

The Super Smash series has been a consistent champion for the FGC, with the first tournament being held in 2002. Due to the tame nature of violence within the Super Smash Bros titles, it has also proved much more accessible to a wide variety of gamers versus titles like Mortal Kombat 11. Smash continues to be a popular title played at competitions across the world,

Speaking of fighting games, Combo Breaker, which was a top-tier fighting game tournament just passed. The tournament pulled in nearly 400 professional playersfrom across the world. Games like Tekken, Street Fighter, and newly released Mortal Kombat 11 were the main draw, and it was an incredible event. Mortal Kombat 11actually broke a decade long feat in sales, becoming a best-selling game across every single platform. With millions of copies in the hands of players, the fighting game community can only get larger.

These are only a few genres that have prevalence in esports. There are a few other genres out there that have established esports numbers: From Real-time Strategy, online card games, or sports simulation, there are still quite a few more genres that need to be talked about.

Regardless, we hope this article helps you better understand a bit more about the various genres and games that esports has to offer.

This article first appeared on SimplePixel on 6 June, 2019. 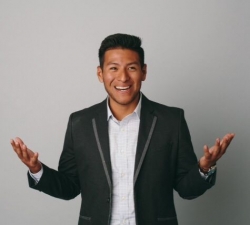