An advertisement – nearly 60 years ago – set in motion a landmark Supreme Court ruling that protects the free press from libel abuse.

Sullivan won in Alabama courts. But the US Supreme Court, in 1964, ruled against Sullivan in favor of the Times and rewrote libel law (New York Times v. Sullivan). To prevail in a libel claim, the high court said in this landmark decision, the plaintiff must prove “actual malice.”  Therefore, the Times would have libeled Sullivan if it published the ad knowing it was false or that advertising executives should have known it was false (showing reckless disregard for the truth). 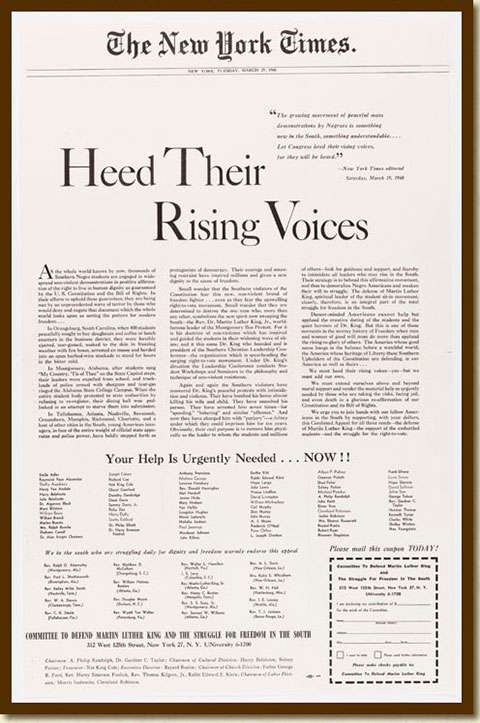 The ad quoted an earlier Times editorial that said: “The growing movement of peaceful mass demonstrations by Negroes is something new in the South . . . Let Congress heed their rising voices, for they will be heard.”

The full-page ad contained errors, which Sullivan’s attorneys claimed was evidence of defamation. For example, Dr. King had been arrested four times in Alabama, not seven. Protesting students expelled from historically black Alabama State College had sung “The Star-Spangled Banner” at the state Capitol, not “My Country ‘Tis of Thee.”

After a three-day trial, the jury awarded Sullivan $500,000 in damages; the Alabama Supreme Court affirmed the decision.

The US Supreme Court reversed the Alabama courts, ruling that the newspaper and other defendants (ministers whose names appeared in the ad unbeknownst to them) were being punished for criticizing the government.

The Sullivan standard shifted the burden of proof in libel cases from the defendant to the plaintiff and introduced the notion of fault. Post-Sullivan, the plaintiff has had to show that the defendant published false information with a degree of fault, knowingly or recklessly.

Earlier this year, Justice Clarence Thomas called on the Supreme Court to look at the Sullivan case, to consider rolling back protections of free press. His colleagues on the court have not joined Thomas, for now.

Since the Sullivan case in the early 1960s, damages sought via libel claims have experienced brisk inflation.

General William Westmoreland sued CBS, in 1982, for $120 million for a documentary about Vietnam. During the trial Westmoreland settled, dismissing the case without payment, retraction or apology from CBS.

A federal judge dismissed the Sandmann case on July 26; it involved news coverage of young Sandmann’s encounter with a Native American elder on the National Mall. 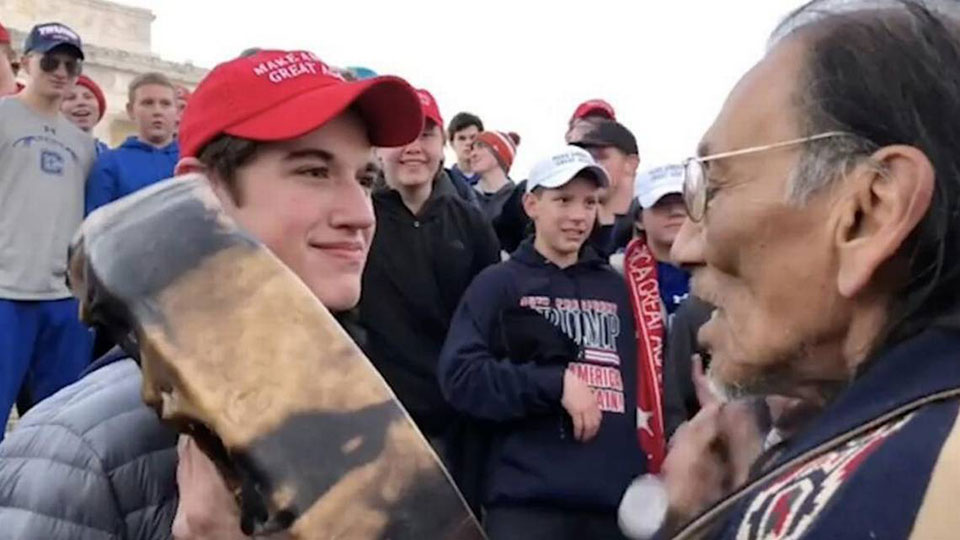 “Few principles of law are as well-established as the rule that statements of opinion are not actionable in libel actions,” wrote US District Court Judge William O. Bertelsman. “The statements that Sandmann challenges constitute protected opinions that may not form the basis for a defamation claim.”

Publishers and libel scholars are closely monitoring Sarah Palin’s lawsuit against The New York Times, which was re-instated by a federal appeals court on August 6. A core issue in the Palin case:  did the Times act with “actual malice?”

Six decades later, today’s libel litigation hinges on an important legal standard prompted by an advertisement. Ads are a protected form of speech in the United States and should remain that way.