In this new series we ask the tough questions of an expert in different fields of marketing to get behind the headlines and into the issues that matter. This week Afdhel Aziz gets grilled on social purpose marketing.

For many people, especially at lower levels of the industry, purpose comes second to the need to make money. So, is the talk of building purpose really a luxury for those in the higher echelons to make themselves feel better? 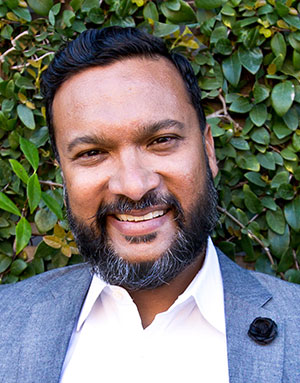 I think people can find purpose at any stage in their life to be honest, and with Gen Z and millennials all the data shows that they aren’t waiting to ‘give back’ at the end of their career but are instead seeking meaning from the start of their journey.

It’s true that at the beginning of your career financial goals come first, and once you have a bit more stability you may feel in a better place to be able to make a difference, but I think this is happening across every single age cohort right now. This Harvard Business Review article provides some pretty good data that shows people want to consistently work on solving social and/or environmental challenges.

We see ‘social good’ tech and campaigns winning a lot of metal at awards shows, never to be seen again. Why is that? Does this show the marketing industry isn’t equipped to deal with these issues?

I don’t really care about awards shows and at Conspiracy of Love we’ve vowed never to enter them. I think that even the better ones focused on social impact still reward ‘stunty’ campaigns that don’t really achieve any lasting, meaningful impact.

The problem is that the global media and advertising industry is only set up to create advertising which at best can spark conversation about a social issue but not really make a dent in it.

Advertising is ‘Chapter One’. I’m obsessed with ‘Chapter Two’ – when brands create platforms, products and initiatives that help solve social and or environmental problems at scale.

Why haven’t companies solved diversity issues yet? Is it a lack of ability, regulation or apathy?

They haven’t grasped that true diversity is a giant competitive advantage and are still stuck in the old school mentality of diversity as a token gesture.

Companies with above average diversity have 19% higher innovation revenue for a start (according to the Harvard Business Review), so at Conspiracy we say, “diversity is the only global growth strategy”.

If you want to build a global brand, you better make damn sure your company reflects the ethnic and cognitive diversity of the audience you are trying to reach.

Can there be such a thing as a ‘good’ listed company, when their raison d’etre is to make as much return as they can for investors?

Yes, of course there can. Tesla, Microsoft and Adidas are all listed companies doing a tremendous amount of good.

The new paradigm centres around tackling some of the biggest problems in the world – climate change, inclusivity, ocean plastic – and finding highly profitable solutions to them in new and innovative ways.

This quote from Larry Fink, CEO of BlackRock, sums it up for me: “Purpose is not the sole pursuit of profits but the animating force for achieving them. Profits are in no way inconsistent with purpose – in fact, profits and purpose are inextricably linked.”

You talk about wealthy multinational corporations as the major change agents in society today as governments struggle. But would we not be better off if these companies paid more tax and left elected officials to create societal change with that funding?

I absolutely agree that multi-nationals need to pay their fair share of taxes, and I think we should have radical transparency into how they do so. In the same way, I would like us as consumers and employees of those companies to see exactly how they are spending their money on political campaign contributions and lobbying efforts. Without this clarity, companies can preach positivity while secretly doing shady things in private.

Currently we are seeing gridlock in government at the federal level in many countries – the US with Donald Trump and the UK with the whole Brexit fiasco being prime examples. Which means that we need to look at all options if we are to address urgent issues like the climate apocalypse that’s upon us. Governments and corporations are the only two entities which work in trillions, so we need them both in the game.

Do you believe the average consumer could articulate the ‘purpose’ of any or all of the brands they purchase? And what does that say about claims ethical brands do better because of their social-good stance?

I don’t think any of them could recite a purpose statement by heart (which is only meant to be an internal mantra). But I do think that if you asked people what brands like TOMS, Warby Parker, Patagonia and Ben and Jerry’s do that benefits people and the planet, they could give it a pretty good go. It comes down to how well the story is told, and how consistently that brand has told it over the years.

Afdhel Aziz is a keynote speaker on business and purpose, the founder of social impact consultancy Conspiracy of Love, and the co-author of ‘Good is the New Cool’.