In our most recent edition of The Smart Audio Report, our research partnership with NPR, we learned that privacy concerns remain an issue with people who have not purchased a smart speaker. In fact, 57% agree with the statement, “You worry that hackers could use your smart speaker to get access to your home or personal information,” which is undoubtedly a significant barrier to purchase for many. This stat is perhaps not very surprising. But here’s one that did surprise me: the percentage of people who DO own these devices agreeing with the statement above is… 58%. Nearly identical.

In fact, owners and non-owners alike share similar fears and concerns about their privacy and the security of their data. With the latter, these concerns affect their decision to pass, at least for now, on inviting these always-listening devices into their homes. With owners, it’s a little more complicated. In our qualitative research, we detected a fair amount of resignation. After all, the smartphones in our pocket are doing far more egregious things to our privacy every day. Also, a slight majority of owners (54%) say that they trust the manufacturer of their device to keep their information secure, so there is currently a little goodwill there.

The privacy concerns of owners might also manifest themselves in other ways, however. While data security may be a barrier to purchase for some, it might also represent a barrier to experimentation for existing owners – in other words, they may be comfortable asking for a song or to have a timer set, but might draw the line at health or financial-related applications. The primary use case for these devices for most owners is to consume music or spoken word audio, information services, and other more mundane tasks such as setting timers. And that might be just fine with the current universe of users. 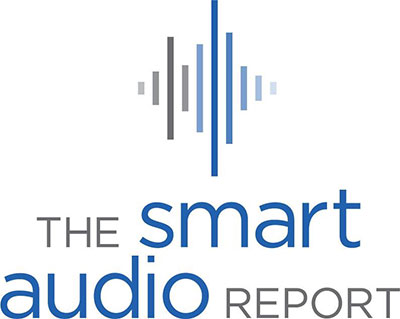 In fact, in one of the most intriguing findings from the NPR/Edison Research Smart Audio Report is the juxtaposition of these two data points: First, the longer you have owned your device, the fewer things you do with it. For people who have owned one for less than three months, they use an average of nearly 12 different skills weekly, while those who have had their devices for over two years use seven. You might interpret this to mean that the   devices become less important over time, but that’s where the second data point comes in: the percentage of owners who agree with the statement “You wouldn’t want to go back to life without your smart speaker” increases over time. In fact, nearly three times as many in the greater than two years camp agree with that as persons who just received theirs in the last three months. In other words, people love them even more, despite the fact that they pare down on skills and features they might have experimented with when they first got their devices.

For brands seeking activations on smart speakers, then, it is not discovery, but engagement that is the real challenge. Trial of branded skills and content can be encouraged through native advertising in on-speaker content streams, but the real trick is in making skills or services that are truly useful, and not just novel. It’s very easy to get caught up in the promise of what these devices could do and lose track of what we need them to do – entertain us or be genuinely helpful in our day to day lives. With genuine utility will come greater trust, and with greater trust, a greater willingness to try voice assistant technology in more areas of our lives.