Being a boss isn’t easy.

That lofty job title comes with long hours, thankless tasks and difficult decisions. But it can be so empowering to lead your team forward and help people reach their full potential.

With Oct. 16 recognized as National Boss’s Day, it’s the perfect opportunity to consider your own development as a leader.

My early years of running Fresh n’ Lean, the organic meal delivery company I founded at age 18 in 2010, were the toughest for me.

My family inspired my company’s journey. My father faced a precarious health battle — he was eating based on convenience, so his diet was full of processed foods, and his health spiraled. We didn’t know if he would be around in six months or a year. He needed to make significant lifestyle changes. He replaced the processed foods with an organic, nutrient-rich diet, and slowly but surely, his health rebounded.

Seeing my father’s recovery fueled my company’s mission to give everyone in the United States access to nutritional, convenient, affordable meals. We strive to redefine fast food.

It’s been so fulfilling to help people live healthier, more productive lives. But I’ve also endured challenges along the way.

Some of those challenges involved my age and gender. During the company’s early years, it was overwhelming to sit in meetings with older men and have them ask about my age (I often lied and said I was 27), or direct questions to my male colleagues while I was sitting right there.

People criticized my tone or voice or non-verbal gestures, and they offered unsolicited advice about my company or the organic food industry.

Eventually I tuned out the unnecessary noise, and it made worlds of difference for me. Here are some of the lessons I’ve learned during my time running Fresh n’ Lean — tips for women looking to become strong leaders themselves. 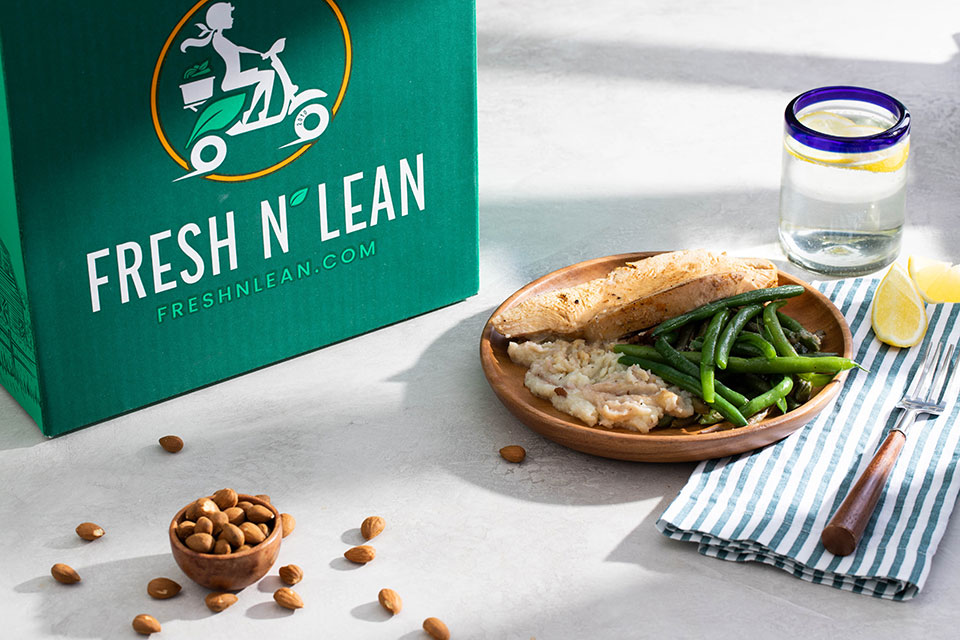 I stopped caring so much about trying to appease everyone, and started doing things for me — not for other people.

Don’t let the naysayers get you down.

As female leaders, we might not get the attention we deserve.

In meetings, I’ll often sit quietly and listen and observe. You don’t have to be the loudest person in the room to be the most powerful. We can’t change the way people perceive us, but we can showcase our expertise in many ways.

It’s easy to get overwhelmed as a boss, but it’s important to avoid showing your employees how stressed you are. If the boss is visibly stressed, it will only create stress and tension for your team.

As a boss, it’s vital to keeping your emotions in check. Lots of bosses think yelling reflects authority, but all yelling really does is tune others out — it’s disrespectful and shows you aren’t in control of your emotions.

And it’s so rude.

Instead of yelling, collect yourself and remain calm. If needed, take some time before confronting a difficult situation. A well-timed smile will go a long way.

But no matter what, always stay in control of your emotions.

You can ask 10 people to do the same task, but your approach to each person will be different. When following up about a concern, your conversation with a manager would be different than with an employee.

It’s important to consider who you’re dealing with, because no two employees should be treated the same way. Humility is also key — trying to understand what went wrong, and if anything needs to change.

No one is perfect. And when mistakes happen, it’s vital to understand why instead of jumping to conclusions or casting blame.

Have respect for everyone in your company.

During the early years of Fresh n’ Lean, I often worked upwards of 20 hours a day and wore many different hats — including cooking and portioning out the meals, washing dishes and doing customer service.

At one point or another, I’ve performed every single task I require of my employees, and that perspective gives me deep respect for every single person in the company.

Find the right form of leadership for your company.

Fresh n’ Lean didn’t rely on outside capital, forcing us to run a lean operation out of necessity. Since we didn’t have tons of excess funds, we had to be smart and thoughtful about growth opportunities.

As the company expanded — Fresh n’ Lean now has 220 employees — a dream of ours was to build our own kitchen and manufacturing area. It was so exciting to see that dream turn into a reality.

I’ve made sure that my own leadership style matches the company’s bootstrapped ways. I strive to empower those around me while trusting their judgment.

Don’t overlook your own needs.

As a boss, it’s easy to put everyone’s needs over your own.

“Days off” are an aspiration. Even when you’re not at the office, you’re always a phone call or email away. You’re forced to make decisions about personnel and processes, decisions that often aren’t popular.

Sometimes you get the glory. But far too often your impact and contributions fold into the team’s efforts. Be sure to treat yourself — maybe a nice meal? Bosses need their fuel, too.