In Jon Stewart’s political satire “Irresistible,” the mayor’s race in Deerlaken, Wisconsin gets serious when the campaign of incumbent Mayor Braun (played by Brent Sexton) buys a billboard.

The Deerlaken mayoral campaign — a vehicle for Stewart’s commentary on modern politics — escalates from there.

Released June 26, “Irresistible” was a top-rented film in iTunes Store on its debut weekend. 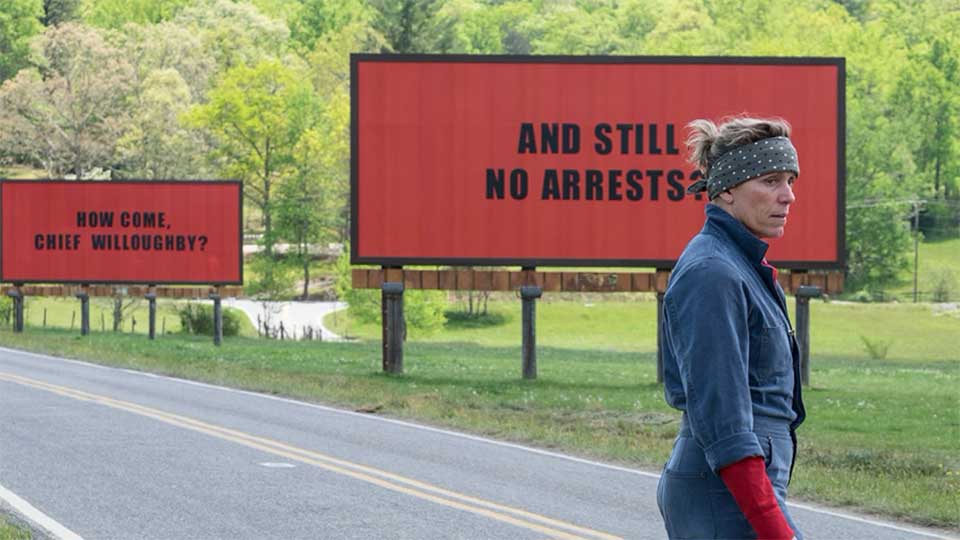 Netflix bought its own billboards in Los Angeles from Regency Outdoor Advertising in 2018, shown here promoting the July 17 premiere of “Cursed” (a young rebel with mysterious powers and a legendary sword, on a mission to save her people). 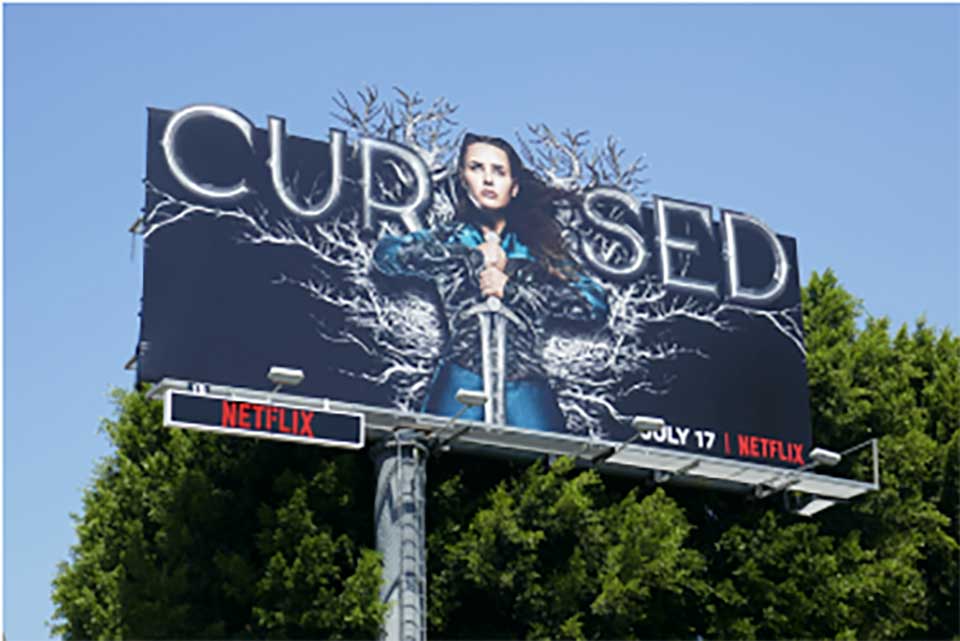 In June, HBO launched its eight-part “Perry Mason” series with out of home media. And, the $74 million show features billboards on the set (Depression-era Los Angeles). 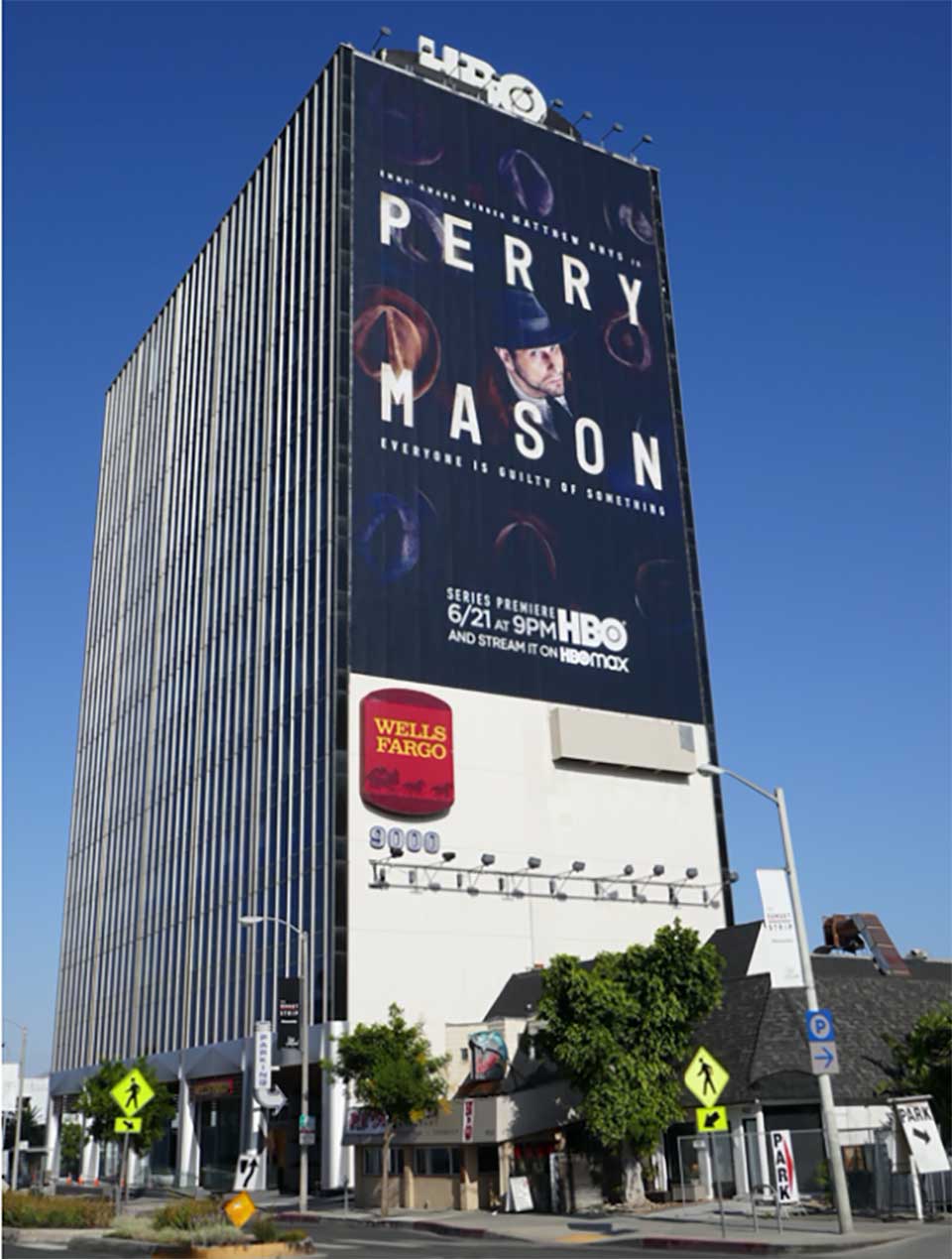 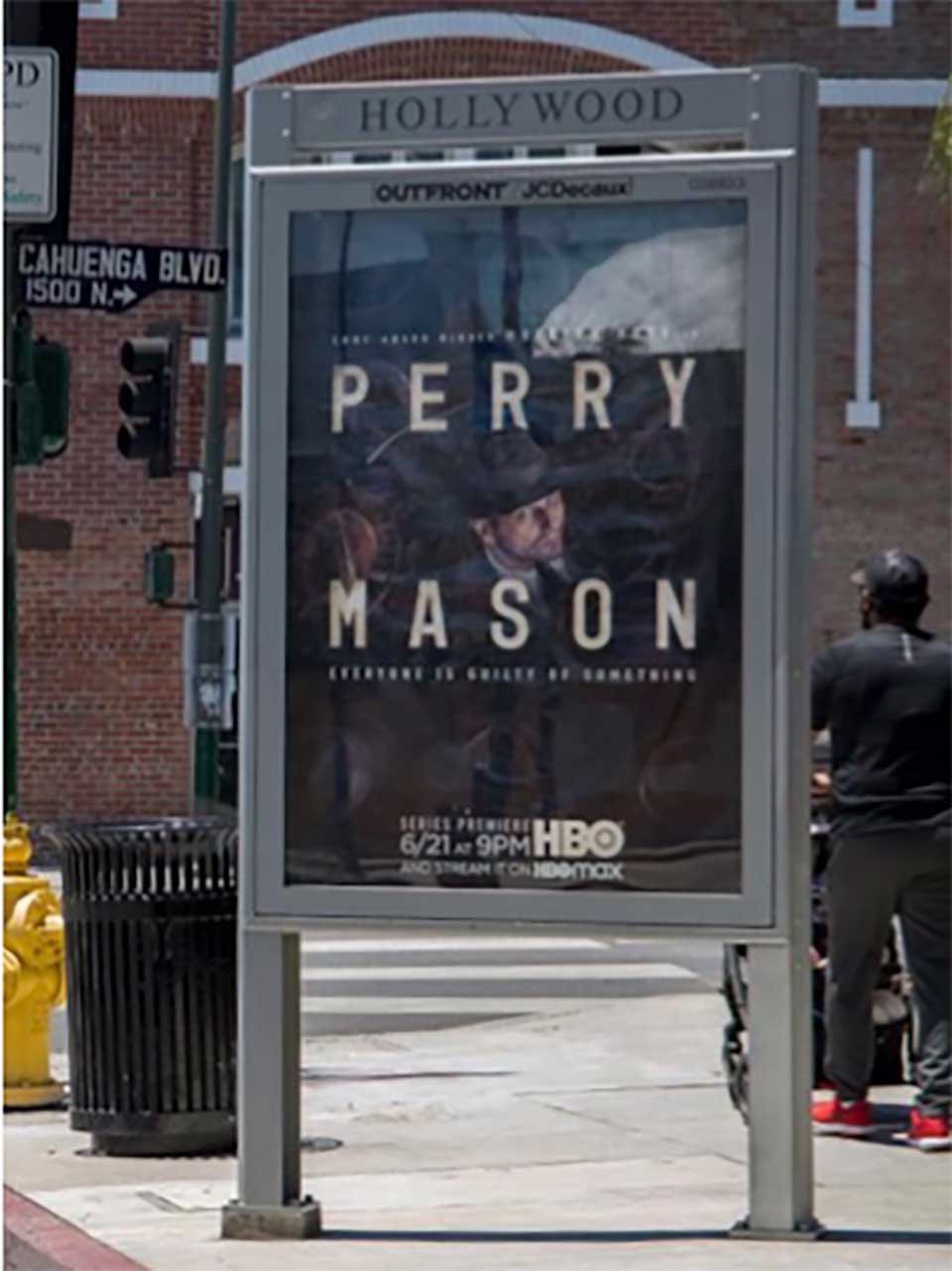 Reviews were mixed. The Atlantic said the lead character, played by Matthew Rhys, was a masterclass moper. Set designer Halina Siwolop said the show’s big challenge was to “make it look like the 1930s.”

The big-budget set was heralded as “gorgeous to look at and sink into . . . beautifully shot” (The Verge). 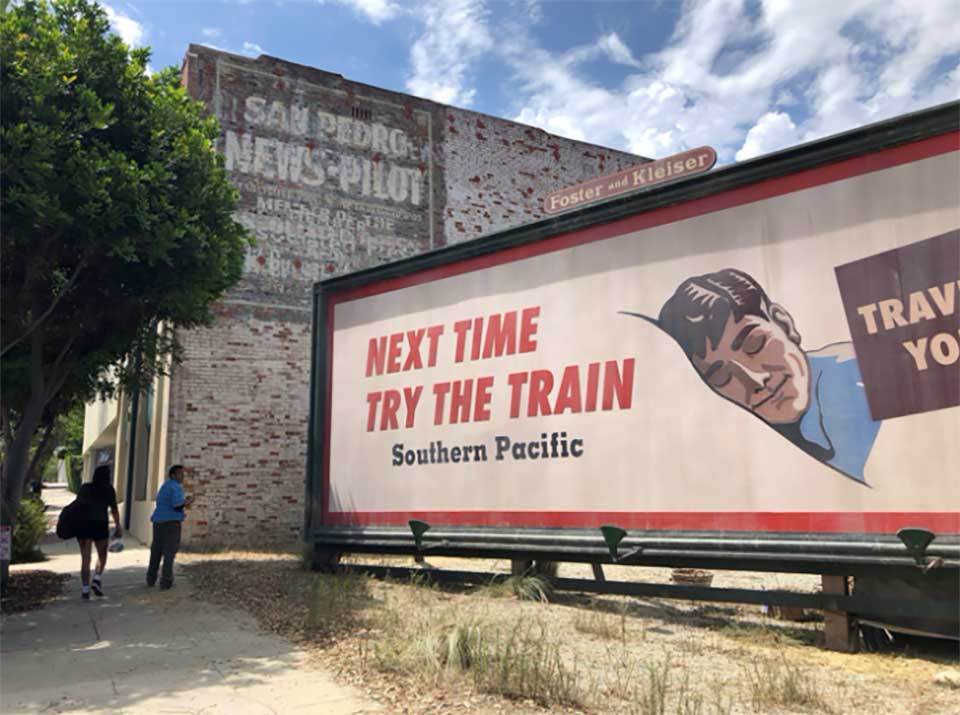 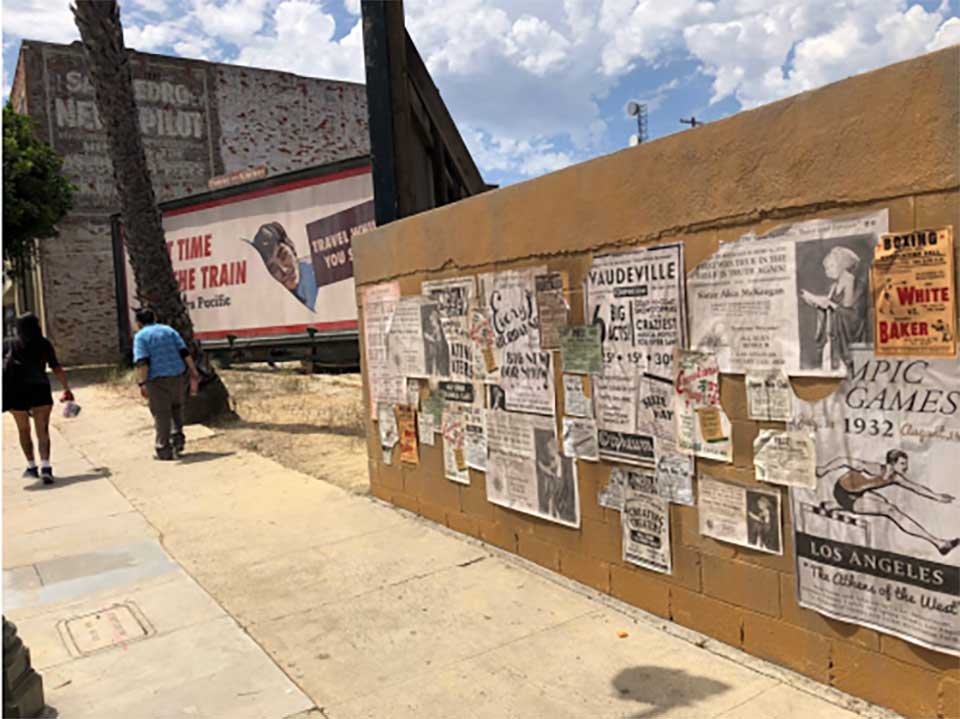 A street-level billboard features the imprint of billboard pioneers Foster and Kleiser. Walter Foster and George Kleiser met in 1898; their name-sake sign company opened in Portland and Seattle in 1901.

(Ken Klein is EVP of the Out of Home Advertising Association of America, OAAA. Julia Cullinan is an OAAA intern; she is a senior at University of Richmond.)