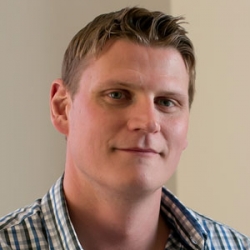 AW360 speaks with Facebook’s Asher Rapkin, about what he’s got in store for attendees at this year’s Advertising Week APAC.

What are you talking about at AWAPAC next week?

Facebook has been around for just over 15 years now, and in all that time, billions upon billions of stories, moments, photos, relationships and more have been shared on our platforms.

The sense of love and need to share and build community on Facebook hasn’t changed, but the ways in which we communicate and express ourselves have evolved dramatically.

In 2004, we connected almost exclusively through text, and since then we’ve grown from using words to express ourselves to using images, videos, Stories and now even augmented reality to share what’s most important to us.

It’s this transition – the shift from the verbal to the visual – along with how we are moving from broadcast media to participatory media that I plan to talk about at Advertising Week.

What’s the next big technological opportunity for marketers?

I have a general rule of thumb around Emerging Platforms – we should build for objective, not for technology.

That means that any technology, regardless of how new it is, should be evaluated through the lens of how well it help your business solve a challenge or develop an opportunity.

As a result, I would argue the next technical opportunity that will drive the most value for your business is the one that’s best set up to meet your objectives.

How will VR/AR evolve in the next 12 months? Will they gain mass adoption?

Augmented Reality has been around for decades, starting with early applications like Heads Up Displays (HUD) in fighter aircraft cockpits.

Today, billions of people use AR for both utility and expression, so by all measures AR, in its current form, has already reached mass adoption.

That said, AR still has great potential to reach maturity: I believe that AR can transcend simple expression and utility and evolve into any number of new spaces, including participatory storytelling.

Still, the future here is wide and rich, and there’s a great deal more we have to learn about the potential of the media.

How should marketers be approaching adopting new formats?

With focus and clarity. New media formats often inspire great creativity, but that creativity can sometimes cloud our ability to keep focused on the objective of the campaign we’re running.

If we can keep creativity in service of the campaign, rather than letting the potential of the media define our work, I think we’re in a good place.

Why do brands need to evolve their communications with new platforms and formats?

Brands need to speak to their customers in their own language and in the places they like to be.  So, wherever you can find your people, you should be present. Simple as that.

Asher’s talk at Advertising Week is titled The Future of Visual Storytelling and is on Thursday August 1 at 12pm on the Verizon Media Stage. To catch him, get your tickets here.