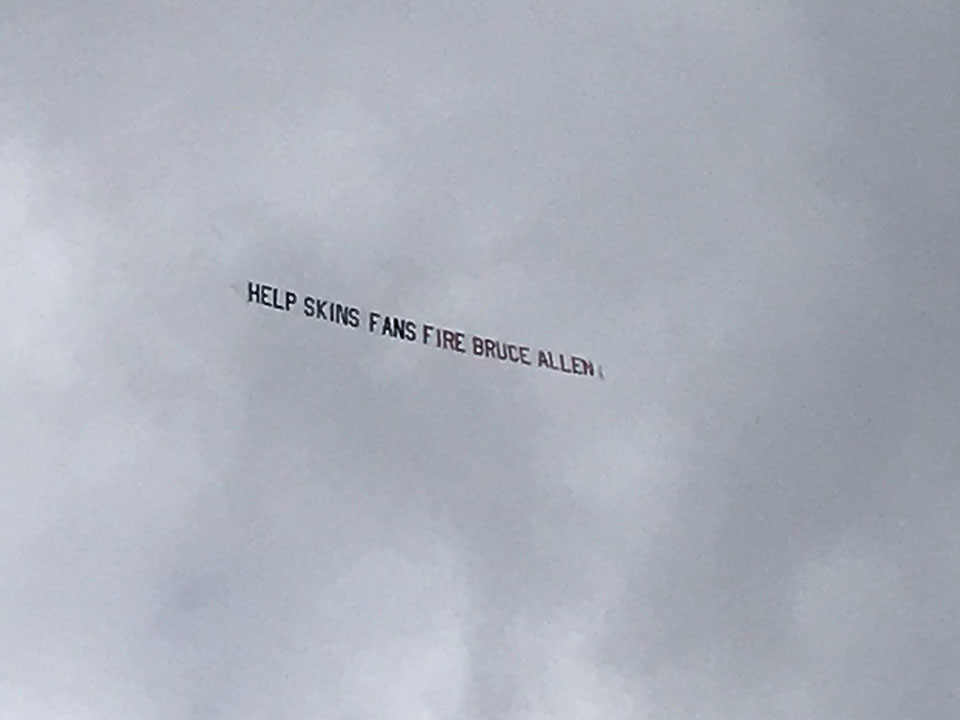 That aerial ad flown over the Redskins-Dolphins game showcases sports fans’ affinity for out of home media . . . and its ability to drive social media.

“It was very exciting to see everyone pointing at it and taking pictures of it,” Coltman said. “I had people telling me it was on Twitter and Facebook. That’s what I wanted. I wanted it to spread around social media, and hopefully the team will think about other options than keeping the same Allen regime in charge.”

The Redskins beat the Dolphins by a point; both NFL teams were winless going into the game. Meanwhile, the Washington Mystics won the WNBA champion, and the Washington Nationals swept the St. Louis Cardinals to represent the National League in the World Series, putting the woes of Redskins’ fans on sharp relief. 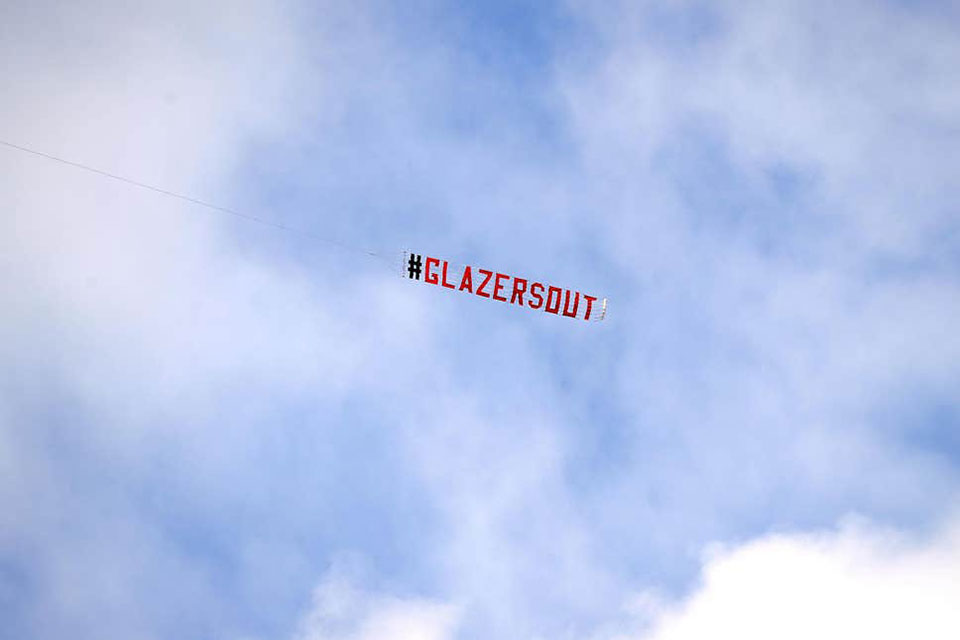 In 2017, Joseph MacRae of San Diego paid for aerial ads above the StubHub Center, complaining about Chargers owner Dean Spanos. 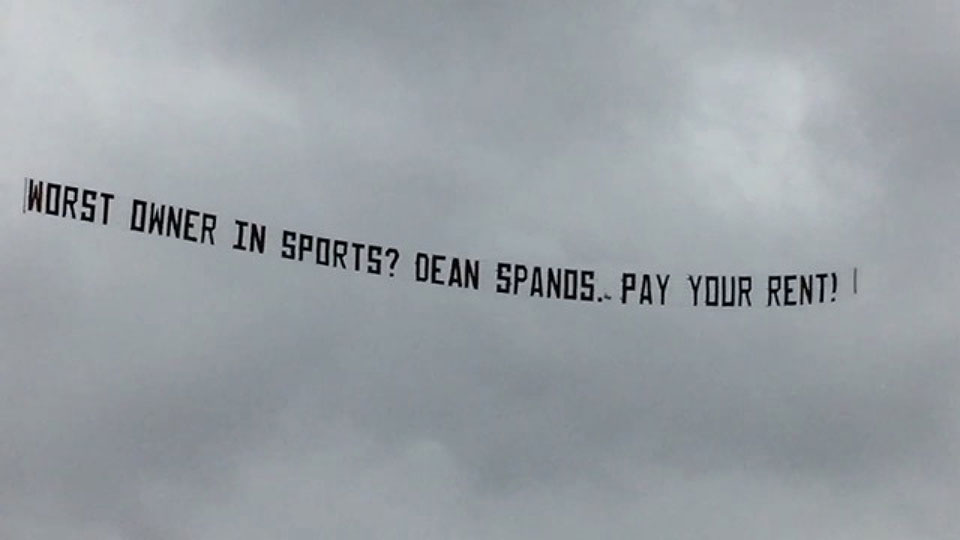 “The Chargers don’t belong in L.A. and everyone knows it, so what better way to keep reminding them of that by having a plane flying over every single home game?” MacRae said.

Sports fans from South Bend to San Francisco have said-it-loud on a variety of OOH formats, to:

San Francisco residents expressed their discontent with home run king Barry Bonds, who played for the Giants from 1993-2007. 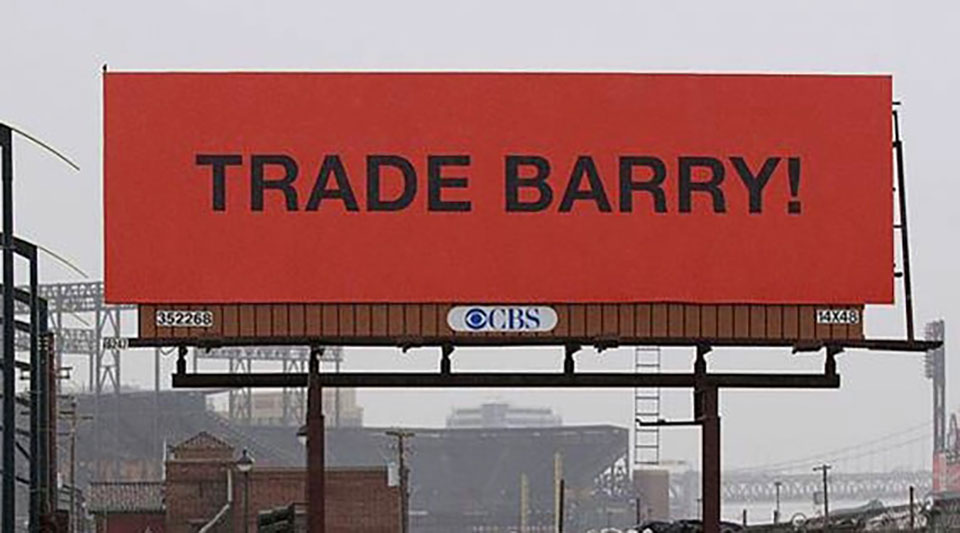 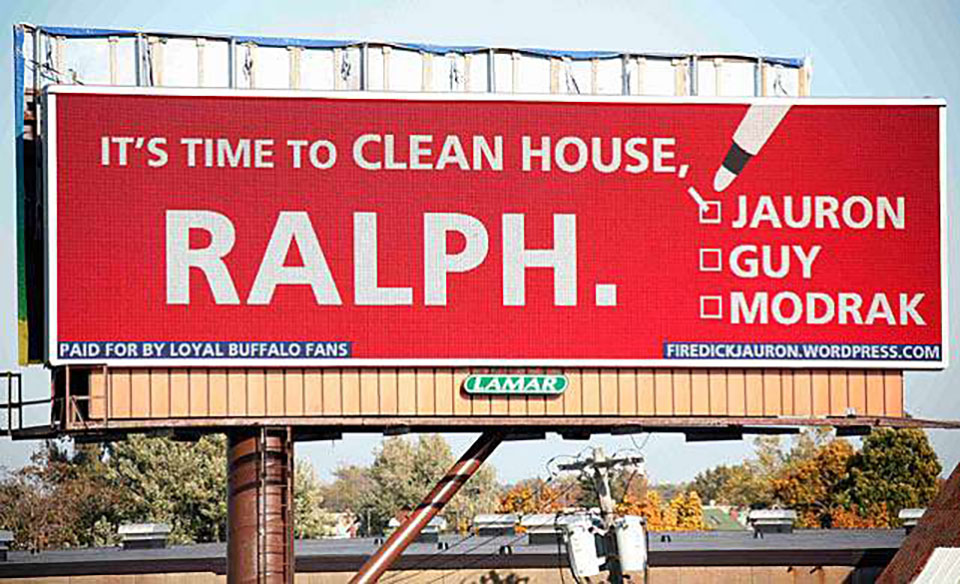