On October 13, the record-shattering video game, Fortnite, put on a live event for its Season 10 finale. More than 6 million concurrent viewers watched as the gameworld was swallowed into a black hole before going offline. Fortnite’s developers, Epic Games, take a seasonal approach to updating the game; tweaking the map, adding content, and patching bugs while maintaining the narrative of an overarching story. While they usually pull the game offline for a few hours to apply an update, they opted to end Season 10 with a (big) bang before releasing a new map.

This practice is known as Games-as-a-Service (GaaS), in which games are continually developed over a long period of time, rather than sold as-is. A crucial component of the GaaS model is the social community surrounding the game, whether that lives on Twitch, in Discord, or on forums like Reddit. To steward them along, many popular video games, like Fortnite, leverage influencers for an authentic yet branded presence within them.

Marketing in the age of GaaS can be a challenge. With so many forms of entertainment competing for a gamer’s attention, traditional marketing campaigns just won’t cut it. Today’s GaaS environment demands a dynamic and integrated marketing strategy: most modern AAA titles unveil pre-release footage, issue public and private gameplay betas, and leverage influencers to distribute their content.

Influencers act in complement to (and sometimes in replacement of) publications and journalists. They offer reviews from trusted, independent sources, as well as social validation for the value of the game (i.e. if my favorite youtuber is playing this game, it must be cool!)

Influencers are often tasked with starting conversations about a game by sharing trailers, gameplay footage, or even sharing pre-release review. They’ll stream things with titles like “first-look gameplay” to help drum up momentum for the game’s release. The advent of livestreaming has helped this process along: influencers can showcase a game live and uncut, offering their sincere opinions and reactions to an audience that wants to hear them. Since they often have a wider reach and deeper engagement than the brands themselves, when you search for a game on YouTube or Twitch, you’ll almost always see an influencer post well before a branded one.

When a game is released, publishers often look to continue the relationship with their influencer partners. Influencers will livestream gameplay on Twitch, YouTube, or alternative platforms like Mixer to help maintain interest and draw new players in. It’s important to understand that gamers will livestream games they enjoy playing regardless of any brand affiliation, so once momentum is generated and a game is being played, there’s bound to be content created around it.

As a game evolves, influencer partners work throughout the lifecycle to reach new and existing players by promoting limited events, downloadable content, and season passes. Influencers are not only key in keeping player counts and transactions up, but their involvement brings legitimacy to a game and its community.

GaaS is contingent on a relatively consistent revenue stream whether that’s through microtransactions, subscriptions, or a combination of both. Fortnite, for example is a free-to-play (f2p) game, but netted publisher Epic Games over $3 billion in profit last year. Over that period of time, it transcended the status of video game into a cultural phenomenon. Not only do world class athletes play it daily, musicians like Drake and now even Lady Gaga have gotten in on the fun.

And Fortnite, though an extraordinary case, is by no means an exception to the rule. EA sports games like Madden, the 2K series, and FIFA have continued their reign as cash cows thanks due in part to their live service strategies and their effective use of influencers. League of Legends, another f2p game, leans on Twitch streamers to advertise everything gameplay, to updates, to upcoming esports competitions.

Perhaps one of the best cases of a GaaS leveraging influencers is Rainbow Six: Siege. The tactical online shooter was initially panned, due to bugs, imbalanced gameplay, and latency issues. After four years of continuous seasonal development, Rainbow Six is now one of the most popular multiplayer games across consoles and PC. Ubisoft, the game’s publisher, relied on a multifaceted strategy of community management and influencer partnerships to assuage disgruntled players, reel in new players, and help reappraise the game in the eyes of the community at large. With a player count of over 45 million and over $1.1 billion earned in cumulative bookings, Ubisoft’s strategy has successfully righted the ship.

Community is the key to continued success

In each of these examples, influencers contribute in a similar way: they help build and maintain digital communities surrounding video games. They interact with new features, show off gameplay, participate in tournaments, and interact with other players. The cumulative effect of their involvement helps keep players invested for more than just gameplay – they feel like they’re a part of a community, taking part in contests, competing in tournaments, or even just sharing memes. This strategy, as games like Fortnite and Rainbow Six have shown us, can help GaaS transcend the boundaries of mere media to a full-fledged digital gathering place. 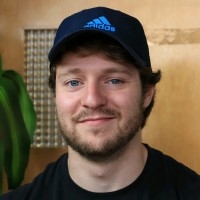