The process began like any other Advertising Week cover. A call to our long-time partner, New Yorker cartoonist, and a man who has created so many Advertising Week guide covers that surely at this point they all blend into one: the extraordinarily talented John O’Brien.

John’s illustrious career has seen his work span multiple magazines, most notably The New Yorker, for which he has created 17 covers and over 200 interior pieces. He has also created work that has been featured in the New York Times, Esquire and Fast Company, among others.

In that call, John receives a brief, and as anyone reading whose bills are paid by being creative knows, the biggest challenge is producing new ideas. It doesn’t matter whether it’s for a feature-length film, a tagline for a print ad, a story or article, it always starts with a single idea.

O’Brien wrote in the New Yorker that:

“I’m definitely a doodle-firster, as I’m very much a visual person, and my cartoons are mostly captionless. I begin with an inkling of something on paper. It could be a common image, an inanimate object, a visual pun, a cliché, or whatever. It might develop quickly, but often it takes weeks or months of bouncing around in my sketchbook before it works.
The illustration below shows my process for this idea.”

“I move from one thumbnail sketch to another, adding and subtracting elements, until it morphs into something, often totally different from my original concept.” 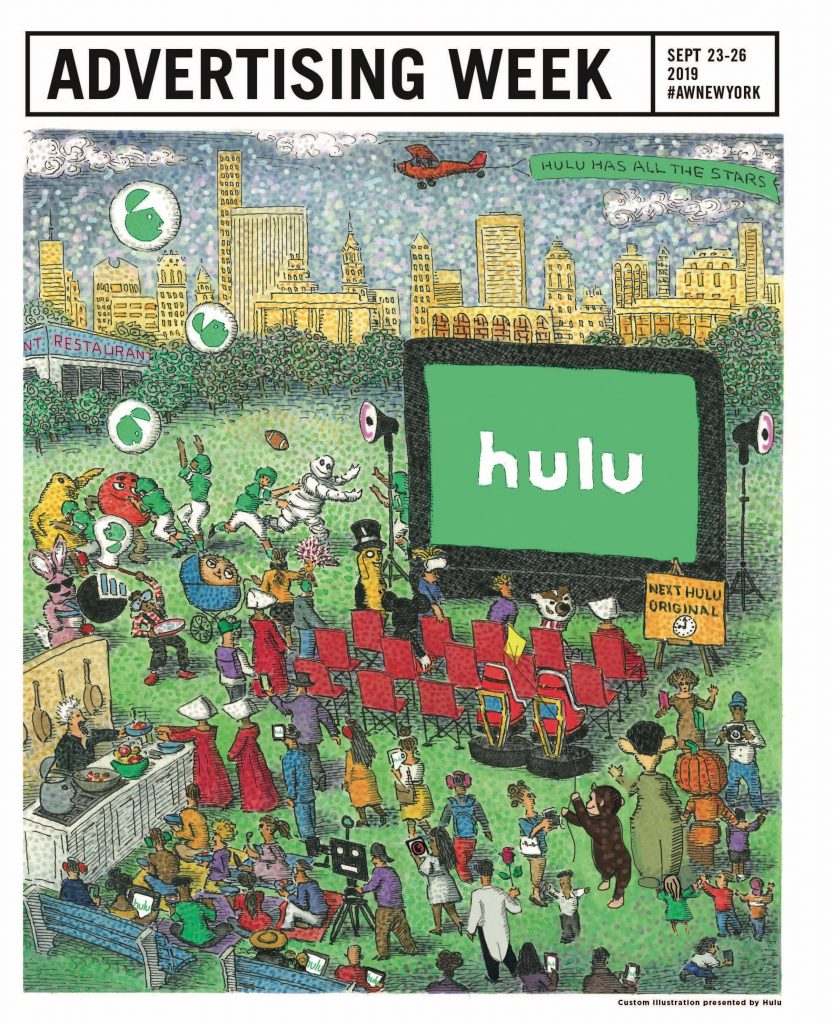 Pent up within the cover, beyond the Michelin Man, characters from numerous Hulu shows and Mr Peanut are some subtle cues as to the Advertising Week New York sessions that are being hosted by Hulu.

On Monday 23rd September, Hulu put on a talk entitled ‘What It Takes To Win In The Next Era of TV’ with Jeremy Helfand, Head of Advertising Platforms, featuring panelists from Carat Media, Business Insider and Xandr. They’ll be talking about the dialectic between today’s consumer being empowered, motivated by choice and control and their expectation to be reached in interactive and customized ways. And on the other side, the marketers soul-searching for ways to go beyond short-term acquisition to build lifetime relationships.

On Wednesday 25th September, ‘Beyond the : 30: How To Reach the New Wave of Consumers’ with Hulu’s Head of Research, Julie DeTraglia, explores consumers attitudes and interactions when you go beyond the 30-second ad alongside two top brands. 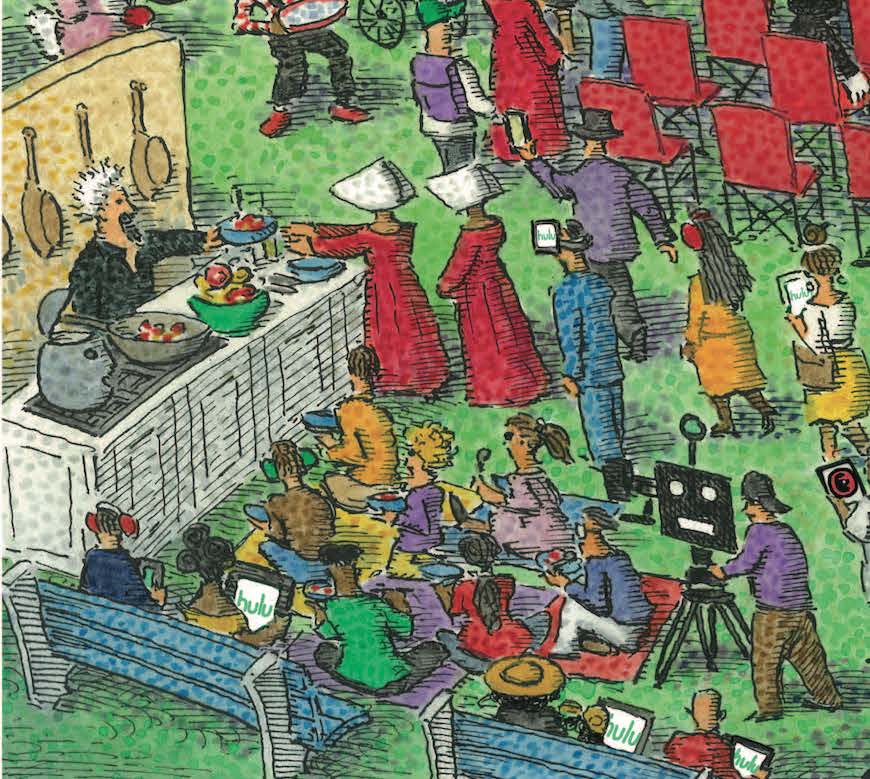