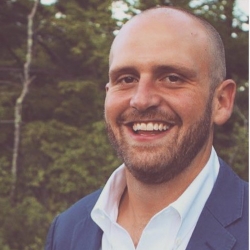 Traffic on social media platforms has unsurprisingly surged in the past months—after all, most of us have had little to do outside of work as quality time with our TVs and phones has replaced weeknight happy hours and iCals full of weekend plans. Facebook, Snapchat, Instagram, and Pinterest have all seen major growth in the age of home quarantine and social distancing, but the app that’s really taken charge is TikTok.

Before March, TikTok may have been on the peripheries of your radar as that music app that middle- and high-schoolers were temporarily obsessed with. These days, it’s rare to spend even a few minutes anywhere on social media without seeing a TikTok video in your feed—even if you’re not actually using the app.

TikTok’s rise is somewhat inevitable in a time where entertainment is in high demand. As an entertainment-first platform, TikTok offers an escape from the mundane and a trend-centric creative outlet for its huge community of users. Last month, the app had over 50 million monthly active users in the U.S., the majority of which were millennials and Gen Z.

Given the massive audience the app has built, the opportunity for brands on TikTok is clear. And with CPMs down across the board, now is the perfect time to get in on the TikTok ad game early and affordably. However, TikTok’s rapid rise in popularity during a time that’s seriously unbalanced the advertising world has left many brands without a clear platform strategy. At QuickFrame, we’ve seen a huge interest from clients for a TikTok playbook. Here’s what we’ve been recommending.

TikTok is a community fueled by its user/creators, almost all of whom are shooting content on their phones. Brands should adopt a mobile-first mindset when producing TikTok ads, even shooting on phones themselves for organic or some paid placements. Overpolished traditionally commercial-quality creative is likely to come off as dissonant and inauthentic.

All content should be shot vertically (9:16 aspect ratio is preferred). The minimum length of most spots is 6 seconds and the optimal length is 11-17 seconds—attention spans are short—so make sure you grab viewers with a strong hook. The app launches with sound on, so think in particular about how music can drive or support your narrative in key ways.

TikTok users turn to the app for entertainment and fun, rather than as a means of getting information or staying connected. Successful brand spots are lighthearted, playful, humorous, or cool in nature.

QuickFrame creators Peter Heacock and Marie Hart (the duo behind stop-motion and animation studio unPOP Now) recently published a piece to TikTok that garnered nearly 150K organic views. The 10-second video showcases Chipotle ingredients and offerings, using stop-motion (a very “cool” technique) to show a burrito bowl turning into a taco and then a burrito that gets eaten. The video taps into TikTok hallmarks, leveraging the music available on the platform and notably featuring human talent.

Heacock believes, too, that a key to that video’s TikTok success was the element of magic. “People like magic—they like to be surprised by ordinary, relatable objects,” he said. “The secret really is to take something like a coffee cup—something that everybody understands the physics of—and do something out of the ordinary that jumps off the screen. Stop-motion is an example of how you can manipulate people’s expectations and introduce them with a surprising outcome. And that works every single time.”

Given how recently TikTok has been widely adopted—especially when compared to Facebook and Snapchat’s history—the creative rules are largely unwritten. This lack of creative direction can be paralyzing, but brands should instead capitalize on TikTok’s novelty to unlock their creative juices and play around with new video concepts.

3. Partake in the trends

TikTok is a meme-heavy platform focused on virality. Take Old Town Road, for example Lil Nas X credits the app with facilitating the popularity of the breakout song which earned him two Grammys in 2019.

Though creating content with virality as the driving goal rarely pays off, brands should stay on the pulse of TikTok trends, using popular songs and the concepts that accompany them on the app as inspiration for novel creative.

Heacock has noticed several themes currently trending on TikTok: hair/makeup, cooking, comedy (including satires of TikTok memes), dance, lip-syncing, and the mixing of animation with UGC live action. Think about how you can add your brand’s touch on a trend. Heacock’s advice is to incorporate elements of surprise and subvert expectations: “At the end [of a video] if you can do one unexpected payoff—like a twist—that’s what makes people smash that like button.”

Trends are temporary, though, so act quickly. Acting on a trend too late can be detrimental to brand image with millennials and Gen Z.

You’ll want to make sure your TikTok marketing strategy is designed with flexibility in mind. Brands should publish on a consistent basis, especially when just starting out on the platform, to test different types of creative. Leverage data from regular experimentation to fine-tune a creative voice that aligns with the app and still feels right for your brand.