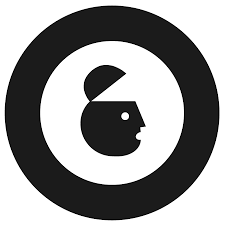 One of the things I enjoy doing is reading inspirational, life-affirming quotes and guessing if the quote matches the person who has apparently said it.

It’s an intellectual pursuit that has really only arisen in earnest since the dawn of social media leaving you thinking “There is no way Einstein said that” or “Churchill wouldn’t use those words” or “Why can Keanu Reeves quote better than he can act?”.

I’m sure you’ve all seen the quote — often attributed to Mahatma Gandhi: “Be the change you wish to see in the world.”

Not only is it one of the most common, but it’s also one I’ve thought a lot about over the years.

For starters, I’ve thought that there is no way Gandhi would say that. I’ve also thought that the quote is both nice and annoying in its naivety. It’s almost the quantum particle of quotes.

So, I finally looked up if Gandhi had actually said it. My vote was on no and I was right, though the sentiment was the same. Gandhi in fact said: “If we could change ourselves, the tendencies in the world would also change. As a man changes his own nature, so does the attitude of the world change towards him… We need not wait to see what others do.”

At this point you may be thinking — what the hell does this have to do with a small business called Divide by Zero implementing a 30-hour work week?

Well. One of the nice things (and there are many) about running a business is that you can challenge how things are done — no matter how outrageous or fanciful.

If you have an idea and want to do it — it either succeeds or fails. You only have the fear of failure or lunacy of success to be worried about. And to Gandhi’s point, if you want to see transformation, you need to lead it yourself.

For this reason, we started putting into practice the changes we wanted to see in a workplace: 30-hour working weeks at the same pay.

This along with a host of other changes (for another story) have been slowly prompted by what I started to see as a warped relationship with work; certainly, my own.

The industrial age is over. But we’re acting like it isn’t

The whole conundrum of travelling long distances on increasingly congested transport to cities to spend most of our waking hours and preciously short lives in fluro-lit offices to work on stuff we don’t really enjoy is, for many, soul-destroying.

Yet we keep doing it.

We work too much

We are often overworked — even though working too much leads to considerable performance drop-offs. It’s been shown that overwork lowers cognitive function, impacts health and wellbeing.

And I can’t ever recall hearing anyone in an elevator on Monday morning say “Gee, that weekend was rubbish, I couldn’t wait to get back to work, I wish I had one less day to relax.”

I now have a device, the size of the palm of my hand that allows me to call almost anyone, on the planet, at any time instantly with not just clear audio but often video. This changes the paradigm on communications and work.

I had a conversation with a mate who said that his wife was expected to turn up to work in her new job by 9am, no exceptions — even though they have young kids, school drop offs etc and his wife had relayed this situation to her new employer.

I thought that was unfair. Not just because it was a silly ask but because it failed to recognise the large population that needs to juggle children and work for the betterment of all society.

The definition of insanity… (as definitely not said by Einstein)

The final and deepest insight (for me) is that we are undergoing the most significant and transformative change as a civilisation since we wandered out of Africa and in order to cope with that change, we need to think smart and become more adaptable.

This means challenging ideas and assumptions to ensure we can cope with an uncertain future.

In a new economy, many tasks will be replaced by automation. What can’t be replaced is our mind and the ability to think and adapt.

It was these ideas — and other data points — that led to the idea of implementing and mandating a 30-hour work week.

We say 30 hours and not a 4-day work week very deliberately as the idea is about affording flexibility rather than prescribing how the work gets done. If you want to work 4 days that’s fine but if you need to drop off your kids each day and be in a bit late and duck off early that’s fine too.

The hypothesis going in was that a number of changes in how we worked would lead to doing less work and being more effective.

And so I decided to set the ultimate example by living what I preach. I moved my family from a major city to a rural area in a totally different state to our main offices.

This forced me to live and breathe many of our values.

How did we do it?

By looking at a few key areas and assessing how we might get better at managing them. These are the supporting values we came up with.

So far, I believe it has worked, albeit with some challenges we didn’t see coming.

Now you might say we might have a unique position or a special case, but I don’t think so.

It is not just the 30-hour week that is important — it’s the ability to look at a problem and think about what we can do about it. To disrupt for good.

The biggest challenge I have noticed so far has been the occasional look of surprise in someone’s eyes when you tell them they can have some of their time back and work less.

It is, I think, the surprise of pondering what they would do with such newfound flexibility.

Dana Teahan will be sharing more on benefits and pitfalls they have discovered during Divide By Zero’s experiment in the session ‘Adventures in the 30 Hour Work Week’ at Advertising Week APAC on Tuesday, July 30 at 12pm. Click here to see the schedule and get tickets.