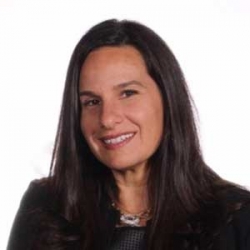 States and businesses are reopening at a rapid clip, but are consumers ready to come back?

New consumer insights uncovered by Resonate suggest that despite the photos in the news, no—they are not.

Despite the fact that consumers remain more concerned about the economic impact of COVID-19 than they are about the health risks, an overwhelming number of consumers are indicating that nothing shy of the availability of a vaccine will prompt their return to travel, hotels, churches, concerts, sporting events, rideshares and other previous staples of regular life.

In addition, we’re starting to witness the beginning of “new normal” behaviors in everything from shopping to sports viewing. For example, half of consumers now consider gloved and masked staff to be a requirement for them to return to physical stores. Separately, on the media front, 34.1 percent of people plan to be more engaged than before with live sports when they return. However, that engagement is likely to be happening in the comfort of their own homes, as only 11.9 percent say they will feel safe going to events with thousands of people.

Let’s look at some additional insights from the most recent wave of our COVID-19 survey.

The number of consumers who don’t expect their life to return to the pre-COVID “normal” until 2021 or later continues to grow, increasing 18.7 percent from March to May, with those in the South and Midwest over-indexing for a seven-plus month recovery. In addition, 61 percent now think the economy will return to normal sometime in 2021, versus only 55.2 percent who thought similarly back in March. The percentage who anticipate a quick two- to three-month recovery has decreased 17.9 percent since March, and the percentage of people who believe life will never return to normal continues to trend upward from 2.1 percent in March to 5.5 percent in April to 6.5 percent in May.

When restrictions are lifted, 76.8 percent say that they would not feel safe attending events with hundreds of people, 79.1 percent feel the same about events with thousands of people, with 52.1 percent indicating a vaccine must be widely available in order to feel comfortable. This puts many of the summer’s most common events like family reunions, concerts and sporting events at risk. Meanwhile, 25 percent of consumers still don’t plan to dine in at restaurants until 2021 or later. However, a small group has been trending upward; between April and May, 5.6 percent more people now believe they could be dining in restaurants by August 2020.

Across all activities, consumers say having a COVID-19 vaccine available is the top requirement for them to feel comfortable reengaging in group activities, followed by seeing a significant decrease in the rate of deaths and infections. These two criteria are ranked well above the requirements of forced social distancing or the wearing of gloves and masks.

According to our most recent survey, online grocery delivery saw a 12.1 percent drop in shopper’s increasing usage, and 19 percent of consumers reported that they are increasing their visits to grocery stores or pharmacies. Once permitted, 60.5 percent are eager to get back to strolling through Target and other big box stores, rather than shopping online, but they expect to see staff wearing masks and gloves (50 percent) and be aware of nightly disinfection store protocols (47.9 percent). Additionally, some COVID-19 features like curbside pickup are becoming customer favorites and might need to remain to meet customer experience expectations as stores reopen.

As of May, 48 percent of consumers don’t expect their leisure travel to return to normal until 2021 or later. However, 52.3 percent report that they will feel safe traveling within their state when restrictions are removed, compared to 36.7 percent for another state and only 10.8 percent who would feel safe traveling internationally. A reported 31.3 percent would feel safe staying in a large hotel chain compared to 21.8 percent who would feel safe renting a room or home (e.g., Airbnb), and more people would feel comfortable taking a flight or a train than mass transit. Key to getting travelers back will be clearly communicating the cleansing and disinfection protocols, as 63.4 percent say cleaning between usage is paramount. Having all staff masked and gloved is critical also, with 53.9 percent reporting its importance.

According to the latest Resonate data, 36 percent of consumers are missing their daily or weekly sports fix, and 34.1 percent plan to be more engaged than before with live sports when they return. While cable television watching has decreased, 58.5 percent have increased their consumption of streaming TV. Meanwhile, ESPN’s reported viewer engagement numbers doubled, potentially as a result of series like The Last Dance. In addition, Amazon Prime Video and Amazon Prime Music are emerging as serious competitors to the industry leaders. Prime Video, with 7 percent growth since March, is creeping closer to Netflix for streaming TV, and Prime Music, with 3.1 percent growth since March, has Spotify in its sights for streaming music and radio.

Political views are also shifting as a result of COVID-19. As of May, 37.3 percent say they support replacing private insurance compared to 25 percent in March. Meanwhile, 47 percent of consumers say they are now more supportive of closing the U.S. borders to foreign visitors and immigrants.

Also on the political front, consumer opinions about President Trump have worsened even further over the past month, with 54 percent of consumers saying their opinion of him is worse now (compared to 46 percent in March).

For more insights into the latest consumer sentiments around COVID-19, you can find the full report here or watch Resonate’s deep-dive webinar on demand here.