The intense beauty of the Land of the Long White Cloud is an established selling point. But Tourism New Zealand’s latest campaign has something much more ephemeral at its heart – the welcoming nature of its people.

“On the morning of the event a few of us were joking that the new campaign was just going to be Lord of the Rings footage. Then Frodo Baggins walks in.”

This was the unexpected situation Tourism New Zealand’s (TNZ) general manager Andrew Waddel found himself in as he prepared to showcase the tourism board’s latest brand iteration, 100% Pure Welcome, to press and partners at a screening in Sydney.

To the surprise of Waddel and early-morning attendees at Sydney’s Golden Age Theatre, there was actor Elijah Wood, strolling into the foyer.

It’s the kind PR gimmick brands pay megabucks for. But as Waddel explains, it was genuinely one of life’s serendipitous encounters: “He had literally walked off the street and downstairs – I think he was looking for the loo.

“It transpired he had arrived in Sydney after a 14-hour flight, checked in to his hotel next door, and discovered his room wasn’t ready.”

Seizing the initiative, Waddel introduced himself and explained to the Lord of the Rings trilogy star he had just walked into an event showcasing the best of Middle Earth. Fifteen minutes later, Wood had grabbed a coffee and taken a seat amongst guests to watch the reveal, hanging out afterwards to take photos with guests and the TNZ team. 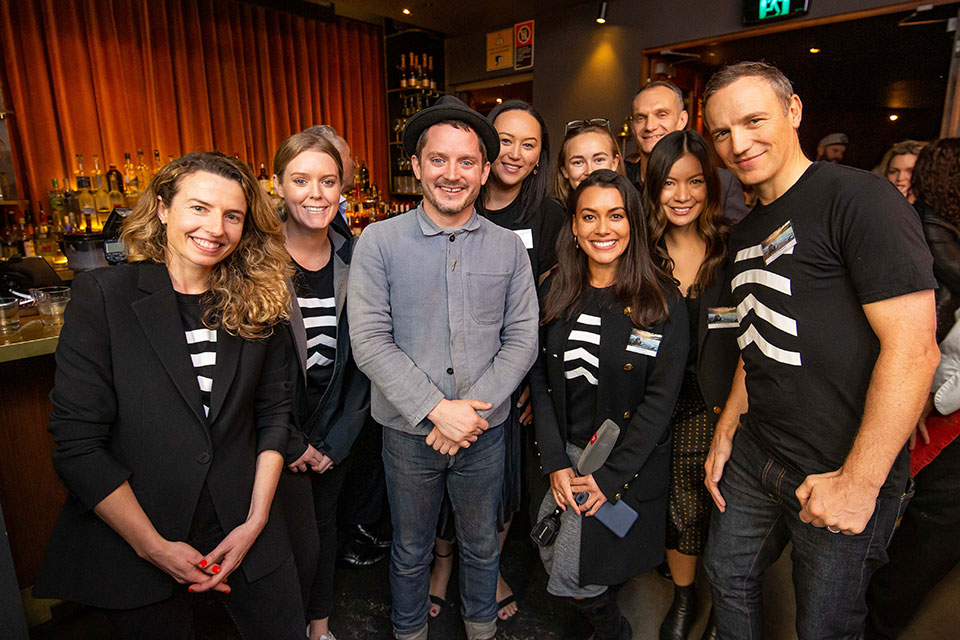 It’s a story which sums up the ethos behind the new campaign – making a guest feel so welcome they form a deep connection with the place, becoming unofficial ambassadors.

The new campaign is impressive in its scope and ambition – with 365 days of video content being rolled out by the team, alongside agency of record Special Group.

It is anchored on a ‘hero’ video highlighting the importance of storytelling to the Maori (the indigenous people of New Zealand). The video features eight-year-old Parearau and one of her elders, Hinetu, standing together as they witness the beauty of the sunrise atop their sacred Maunga [mountain] Hikurangi in Gisborne, with the elder explaining New Zealand is one of the first places on earth to greet the new day.

From this sunrise concept, viewers are introduced to a daily welcome from New Zealanders from all walks of life and all over the country, over the course of a year, rolled out through social and digital channels.

Guests at the Sydney launch were treated to the first four days of welcome stories. In another touch of serendipity that day’s piece in the series featured an exuberant greeting from Sonny, a tour guide at Hobbiton – the set for Lord of the Rings – garnering an emotional reaction from its most famous former resident.

“‘The insight for the campaign came from a realisation that, while New Zealand is known for beautiful landscapes and things to do, there’s more to visiting than that,” explains Waddel.

“When we dived deeper, we realised that visitors leave with a real connection to a place and people. They might arrive as a stranger, but they leave as whānau (family). If people are able to connect with New Zealand and what it stands for it will affect their desire to travel there.

“It ties in closely with manaakitanga – an important concept in Maori culture, but one also deeply imbedded in all New Zealanders.

“It’s a deep respect of people arriving in the country, having travelled to get there. It’s a show of hospitality and respect for the traveller. The new campaign really helps bring this concept to life.”

The year-round marketing approach will feature a new Good Morning World spot being rolled out each day, with each professionally created video running between 15 to 30 seconds.

It’s an approach which means a large amount of work is needed to sustain the campaign, with the challenge of sourcing everyday New Zealanders to star in them and showcase the unique delights the country has to offer. Kiwis and visitors are also being encouraged to create and share their own #GoodMorningWorldNZ stories.

“There’s a real desire to have partners and user-generated content with this campaign – it will self-propagate,” Waddel enthuses.

The bravery of the concept comes with the threat of audience saturation, which can lead to ambivalence.

The key here, Waddel says, is keeping things fresh and varying the channel mix, creating a brand campaign “reach and frequency, without repetition”.

“For the individual, they’ll acquire Good Morning Worlds. It’s like a set of collectibles, you don’t need to collect a full set or to collect them in order. You’ll remember the half dozen that resonate with you,” he explains.

Early results suggest the idea is resonating, with the first video garnering 1.1 million views on the #GoodMorningWorldNZ Instagram channel.

In terms of tactics, Waddel reveals that there was a lot to consider with the Australian campaign, given the relatively limited resources the tourism body has on the scale of global tourism spend.

“We have a challenger brand mentality here,” he admits. “There are state tourism boards in Australia that have more resources than Tourism New Zealand, so we need to work smarter. We need to ensure that partnerships leverage all combined capabilities.”

At launch the 90-second film featured in 500 cinemas over a four week period, while a 60-second version splashed across key Sunday night TV networks.

Waddel was particularly pleased with the opportunity digital out of home offered, saying that across two weeks of outdoor advertising Tourism New Zealand could present a new story each day.

Australia will also serve as a proving ground ahead of the rollout of different iterations of the campaign in other global markets.

Waddel says: “It will help us prepare for other markets and the core principles will stay the same – we will be agile in the sense of learning as we go. How we approach each market will be decided based on monitoring, formal research, commentary and feedback from media owners. We’ll look at how we’re getting the best out of their formats.

“It’s going to be a hungry beast – the quality and quantities of stories it will demand. How we shape it for a global audience will be a challenge, but it’s a good challenge to have. Individual markets are up for that, and are excited by it.

“There was definitely something about having a long tail with this campaign. The platform gives the longevity. Good Morning World gives the tools and toolbox.”

On the subject of long tails, New Zealand also has form for pioneering tourism initiatives. The country was home to the world’s first tourism board, established way back in 1893.

As Waddel explains, during the 1920s and 1930s it was known by the catchy epithet of the Effective Recovery Recuperation Board. It served as a post-war, post-depression body which specialised in providing restorative experiences.

“In a way, that’s what we’re still doing today,” Waddel says with a smile.

The Good Morning World concept launches as the latest iteration of the 100% Pure New Zealand brand platform – which celebrates its 20th anniversary in 2019.

“That milestone is important, but the next 20 years moreso,” Waddel says with purpose.

“The length of this campaign also ties in with an inter-generational imperative in New Zealand – a sense that today’s custodians need to work to leave the place in a better state for their descendants.”

It’s clearly a subject close to Waddel’s heart. “Tourism New Zealand talks a lot about enrichment and inter-generational responsibility. It’s about people, place and visitors, as well as their impact on community – culturally, socially and environmentally.

“It’s a positive conversation to have.”

You can check out the Good Morning World videos on Tourism New Zealand’s Instagram.