In the COVID-19 crisis, anxious elected leaders and health officials turned to influencers with deep cultural connections:  sports and entertainment heroes. Their mission is to break through with public-health messages and change behavior.

Celebrities whom people feel positively toward are able to influence people when those celebrities take a position, says Professor David J. Jackson of Bowling Green State University. Jackson has studied celebrity endorsements and public opinion, including in politics.

In Louisiana, football Coach Ed Orgeron appeared on billboards and other media with the tag line “WIN! BY STAYING IN.” The gravely-voiced coach is universally known in Louisiana; his outsized persona benefits from the glow of a recent sports trifecta: 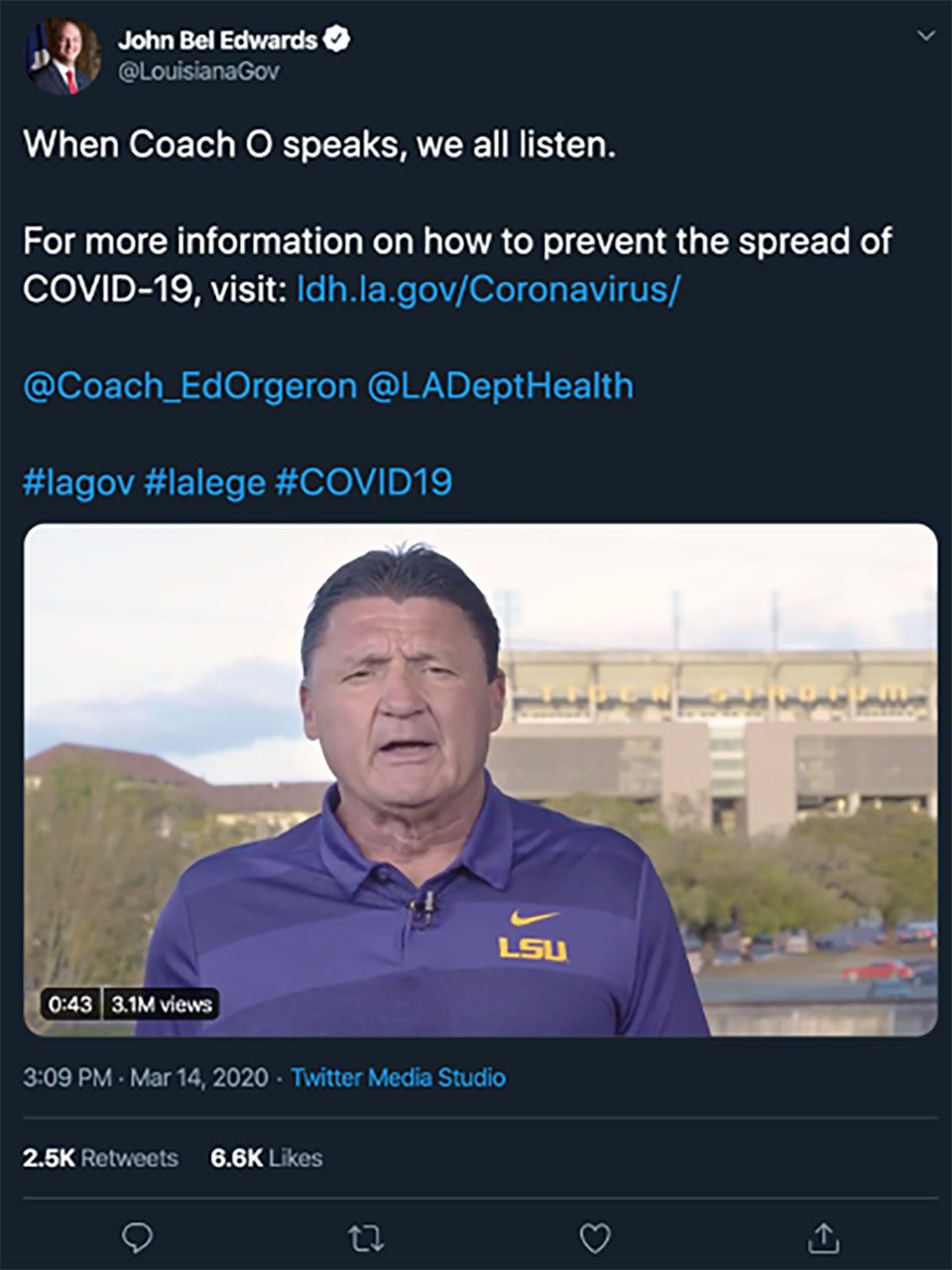 Chicago sports teams (basketball, baseball, football, hockey, and soccer) joined a public service campaign that declared “WE ARE NOT PLAYING AND NEITHER SHOULD YOU.” It launched on out of home and digital media.

“I am grateful to each of our hometown teams,” said Chicago Mayor Lori Lightfoot.

In Tennessee, Governor Bill Lee recruited influencers from sports and music to ask the public to “Do your part, stay apart.” The Tennessee campaign generated nearly 20 million impressions in less than 30 days, the governor announced on April 23. Garth Brooks and Trisha Yearwood are the latest celebs to join the multi-media effort.

“Visuals,” he says, “can be stronger than words.”